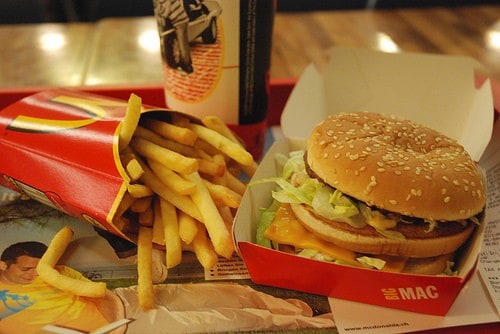 Colon Cleansing In Chiang Mai Thailand – When entering the fancy glass doors into a “Health and Beauty Clinic” in Chiang Mai, we were welcomed with a glass of ice cold water and asked to sit down and discuss the treatment. With your eating habits, it’s safe to say that your body needs regular maintenance through detox cleanses.

It really was an absurd situation, to be talking with two young, good looking women about bowel massage and… poop.

Yes – we were both having a colon cleanse.

The reasons to have a colon cleanse are many, like skin beauty, cancer prevention, longevity etc. However, for us there was one reason that made us really want to do it (prepare for some gross facts):

The average person has between 4 to 25 pounds of built-up intestinal matter in their colon… The amount of built up “crap” depends a lot on your eating habits.

Back to the reception. It was absurd simply because you just don’t discuss your bowel movements and habits with others – EVER! It’s embarrassing and disturbing.

But I had to get over myself and remind myself that these two well dressed petite Thai women do this every day – it’s their job to empty people’s… bowels.

The women weren’t embarrassed at all, but talked about everything as though it was nothing more sensitive than a facial treatment.

Although I’m not sure how used they were to having a 6 foot 3 tall guy (Nathan) coming there!

A few minutes later, the two of us were put into different rooms (something I was very thankful for later on!), and given a set of sandals, a towel, and a silk robe.

As I entered the room there was a huge spaceship-seat-looking thing with a big tank in front filled with 25 liters of water. I was left alone, and had no idea what to do.

Did they expect me to do it all myself and know how to get this spaceship going? I started getting nervous: what had I got myself into?!

How could this tank of 25 liters of water possibly be able to fit inside MY body? What were those two see-through pipes running along the sides, and that huge leaver next to the seat?!

As I tried to climb on top of the thing, one of the women finally entered the door.

This is when things got a little awkward… She helped me with all the..uhm..arrangements, and told me to start pulling the “gear”.

It was a very strange feeling, and being told to “push out” in front of a stranger was a thought that I had to fight to get over.

I have never before been into such a crazy situation, having someone carefully observing what comes through the pipes running along the machine.

Then, after a minute or so, she said “Oh, I see you’re a vegetarian!”…Huh?

She continued asking me questions, talk about my health and eating habits, things I thought nobody else could know unless you followed me 24/7 – she could see it all by just looking inside that see through pipe, and knew my body better than myself!

I was left alone with a magazine, as though they thought you could relax and read anything when your whole world was been pushed upside down.

The following hour was one of the strangest experiences, but it also changed everything for the better for months afterwards.

In the West, colon cleanse is still something rather new, and old-fashioned doctors claim that the body should take care of it without help – however the truth is that it doesn’t.

Researches have shown that 90% of the western world’s population’s colon is completely messed up and doesn’t look anything in the way it does when we’re born, this because of our eating habits.

It’s not the normal spoil-yourself gift for the start of a new year, but if you want to get healthier instantly, Thailand is a cheap place to do it.

Medical Tourism in Thailand is a huge business. Other than health treatments, Thailand is full of medical beauty touch ups too, like dentists… I can’t help but to consider trying that too…

After traveling through Laos & Cambodia we decided to head down to the south of Thailand and relax for a while on a few of the islands – in the video below we decided to try something new – we wanted to try and capture our impressions of the Thai islands in video format.

Thailand Medical Tourism is becoming increasingly popular in Thailand as people are realizing that traveling abroad can actually save you more money than getting the treatment in your own country.

Walking down the streets of Chiang Mai, it’s hard to avoid seeing all the signs and shops offering amazing deals for all sorts of health treatments – so why not go for it?

We took advantage of the cheaper prices in Thailand Medical Tourism and had a bunch of health and beauty treatments in Chiang Mai, from a visit to the dentist to another detox and getting my hair cut.

Whether you’re just looking for some touch-ups, to spoil yourself, or looking for a more serious surgery, Thailand is definitely a place to consider.

Here are some popular treatments that are much cheaper in Thailand…

Normally, people don’t just pop into a dentist and get their teeth fixed in a “spur of the moment” kind of way – in Thailand, that’s pretty much exactly how you do it.

A lot of people go there to just whiten their teeth, but having a check-up and do some fillings is also a great idea.

The dental clinics in Thailand are very modern and equipped with the latest technology, so we were happy that we decided to go there ourselves.

Thailand Medical Tourism: To give you an idea of the prices, a tooth filling costs from 500 baht ($15 USD), whereas in Europe it costs around $100 USD.

Stay for an hour, a day, or a week – there are plenty of spa resorts, detox centers and other types of wellness retreats all across Thailand Medical Tourism – both for those who just want to pamper themselves, as well as for those who want to change their whole lifestyle – detoxify their bodies and meet with alternative health doctors.

We even had our Colons Cleaned Out in Chiang Mai Thailand

In the South, Kamalaya on Koh Samui has won many awards for being one of the best wellness retreats in the world, as much for the beautiful location as for the service itself.

A Thai girl we met said that just like every Thai woman learns how to cook Pad Thai, they learn how to do a great Thai massage – which might explain why they’re so many massage parlors everywhere..!

Massages are so cheap in Thailand that you can treat yourself to one every week – but I would suggest visiting a real parlor rather than sitting down in a chair by the street, it’s just not the same.

There are many different types of massages to choose from, and just to let you know, the Thai massage is not as relaxing as it sounds, although it is an experience in itself..!

Manicures are also cheap and a great way to spoil yourself, and you can hustle a good deal if you go for a pedicure as well.

A manicure costs around 5 dollars, while in Europe you would pay around 30 dollars.

Walking around Chiang Mai, you pass by a lot of clinics advertising everything from botox to face lifts – even specialized surgeries like a tummy tuck, cost half the price from getting it done in Europe.

While botox is probably not on top of most people’s lists, I know several people who traveled all the way from Sweden to Thailand Medical Tourism to get help with their skin and health issues because the treatments were both cheaper and better than at home.