Some people don’t like the word “exotic” – others jump at the opportunity to say that this or that fruit isn’t exotic anymore or isn’t Exotic Fruits for this or that country. How to eat well on the road.

But you know what?

I like the word exotic – it awakens a curiosity within me, an excitement of a world that perhaps is not yet as mainstream as people make it out to be. Wildlife Tours in South America

Weird Exotic Fruits Around The World

Sure, the world does feel smaller and smaller, and there are foods in our supermarkets today that nobody would have ever heard of 10 years ago.

But to me, there are many fruits that I have yet to taste or only had the privilege of trying once – and those, in my opinion, are exotic.

Why and How To Be Vegetarian On Your Travels

Also known as the African cucumber, this slimy looking melon with horns is native to the African Kalahari Desert – today you can also find it in California and New Zealand.

Some people say it’s the most disgusting fruit they’ve ever tried, others say it reminds them of a blend between banana, lime, passion fruit and cucumber – an unusual blend indeed…!

One of the strangest tasting experiences I’ve had is with the Durian.

This big, spiky, evil-looking fruit has some dedicated fans, but even more people who avoid it at all cost.

The reason why it’s such a strange experience to taste it is because you’re fighting your own senses.

The fruit actually tastes pretty good, but the smell is stomach turning, which is why you will see signs everywhere in South East Asia banning the fruit.

Everything from hospitals to hotels to buses put up big signs warning anyone from bringing the fruit inside.

When I first saw the wood apple I thought it was inedible.

The shell looks like a rock, and the insides look rotten.

But don’t let the look – or funky smell, fool you, because it tastes great – if you don’t want to eat it as it is, order a wood apple smoothie or juice, and you will be hooked!

This is a fruit I have yet to taste, and to be honest I had never even heard of this fruit until just a few days ago.

The next time I plan a vacation in the Caribbean, this will be at the top of my list!

Just the name alone makes me want to try this fruit, and the fact that the name describes the look of it is even better!

The Ugli looks a bit like an ugly version of an orange, and tastes like a mix between a grapefruit, orange and tangerine.

The fruit is a favorite among locals, can be found everywhere from tiny street stalls to Caribbean luxury resorts.

Seriously one of the tastiest fruits I’ve ever had, the yellow flesh of the Jackfruit is sweet and mild, similar to pineapple – only better…

The fruit is one of the largest tree-borne fruits in the world, so I would suggest buying the flesh by itself rather than the whole fruit.

Snake fruit, or Salak, is a fruit I haven’t seen anywhere outside Asia.

The snake egg has a sweet and sometimes tangy taste to it, kind of like pineapple but with a completely different consistency, like an apple, and it looks like huge peeled garlic cloves.

One of the reasons you don’t see it much in places where the fruit doesn’t grow is because it goes rotten only a week after picking.

Even in a country where the fruit grows it’s hard to spot the tasty ones from the bad.

Be careful when eating it, avoid the red parts as they’re a bit sour, and remember that the pulp inside is inedible!

Sapodilla is basically nature’s cotton-candy. It is super sweet, like syrup. Someone once described it as a caramel-covered pear.

It’s definitely a highlight for people taking luxury holidays in the Caribbean, but picking them is an art form.

As they are picked before they ripen, they must be stored in certain ways.

Some bury them underground, others wrap them up in clothes to speed up the process.

With a consistency of a pear and a flavor like something between guava, pineapple and strawberry – this fruit really has combined the best flavors in the world..!

Other exotic fruits worth trying: Longan, Lychee (one of my favorites), Rhambutan, Santol, Mangosteen (yum!) and Dragonfruit (yuck!).

What are some exotic fruits you have tried?

Why Greek Extra Virgin Olive Oil is the Best

Here’s a challenge for you: name different ways in which you can use olive oil.

How many have you come up with?

You’ll find, in fact, that it can be used in more ways than you might think: cooking, baking, salad dressings, sauces, dips, health products and to fuel oil lamps.

It even plays a role in some religious ceremonies, including Catholic baptisms.

The term “extra virgin” olive oil denotes a very fine grade of oil with a very low acidity, typically less than one percent.

Olive oil from Greece is world-renowned and extra virgin olive oil from this relatively small country is particularly celebrated. 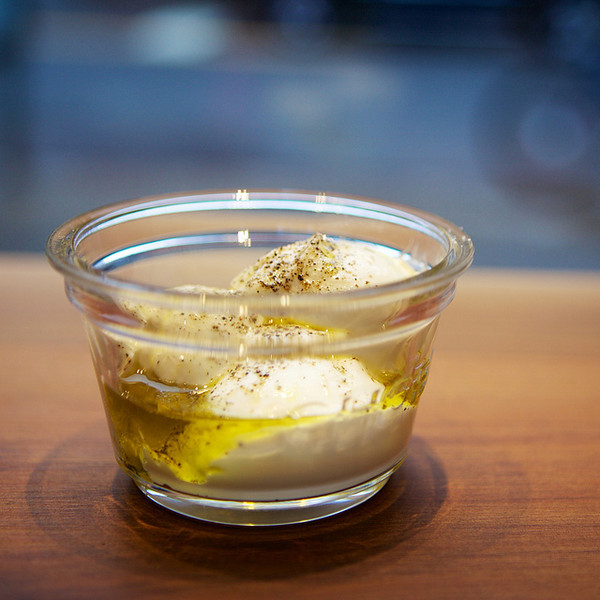 Grown on trees native to the Mediterranean area, olives have been part of Greek gastronomic practice for thousands of years.

Possibly as far back as 2, 500 BC and it’s believed that the Greek island of Crete was where they were first grown.

With all that experience, it’s hardly any surprise that Greece trumps the rest of the world when it comes to making good oil.

Olive oil consumption in Greece is high and a reported 80% of Greek olive oil produced is extra virgin — far higher than any other country.

Olive oil from Italy and Spain, also big producers of olive oil, includes around 65% and 30%, respectively, of the extra virgin variety, and many other olive oil producing countries make only about 10%.

So, on your next weekend in Athens, make some room in your holiday for a walking food tour to taste some of this world-famous extra virgin olive oil and learn more about the history of their product as well.

While you’re sitting in a quaint Greek cafe, surrounded by the Acropolis and other ancient monuments, dipping fresh bread in the finest olive oil, and tasting the local cuisine, stop to consider just what the olives went through to get there.

Extra virgin olive oil is best made from perfectly ripened olives, often picked by hand to avoid any bruising.

The whole olives are then pressed, without heat or chemicals, and a trained tasting panel samples the product to ensure the taste is spot on.

The oil is then taken off to the laboratory to verify the oil has a very low acidity and no defects. 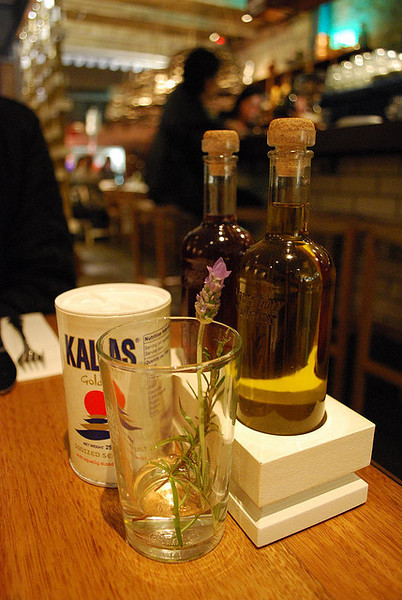 Studies have proved what many have claimed for years to be true: extra virgin olive oil has a number of health benefits.

When you hear the world “oil,” you might assume the product is fatty and bad for you.

Olive oil, however, is high in monounsaturated fats, which can actually help lower your cholesterol.

The Mediterranean diet, heavy in extra virgin olive oil, has been shown specifically to lower the risk of having a heart attack and stroke.

Extra virgin olive oil also contains high levels of antioxidants and has been shown to lower the incidence of some cancers and protect against Alzheimer’s disease.

As you can see from above, the Greeks sure know their stuff when it comes to olive oil.

They’ve been making it so long that they could almost make it in their sleep and still make finer oil than the rest of us.

Do they deserve such a fine reputation?

Weird Foods From Around Europe

When traveling Europe you will find a wide variety of foods, be able to sample the best pasta in the world, the freshest baguettes and the sweetest eastern European treats.

Many people travel to Europe, even by River Cruises In Europe, simply for the reason to eat and indulge in all the different types of food that can be found across the continent.

But truth be told that while many food sensations derive from Europe, you can also find a lot of weird foods that makes you wonder what the heck they were thinking when they came up with it, foods that are still today loved by the locals.

So next time you look for some Europe home rentals, have a look at the local cuisine and see what you can expect to find on the menus in the country you plan to visit.

Scandinavia has come up with some foods that only those without a sense of smell could even consider tasting.

The fermented herring, is one of them.

It is exactly what the name reveals: rotten fish, preserved in a can that has so much gas in it that it actually swells up into a little ball before it’s opened.

It was only a few years ago that they got rid of a law that only allowed the dish to be enjoyed during a special time in the year.

The fish smells so strong that when a house has fermented herring for dinner, the whole neighborhood get the disgusting smell in their own homes.

So even if there is no longer a law, people tend to respect each other and still only eat this meal on the third Thursday in August.

Hákarl is the name of this very weird dish, and is often described as “buried shark”.

This dish, which is an Icelandic delicacy, is served during the Icelandic mid winter festival Thorrablot.

It’s usually consumed together with a shot of “brennvin” (really strong alcohol) and as many people describe it as the vilest thing they have ever tasted you could see why they want to drown the taste in alcohol!

But it’s not the taste which makes this such a crazy meal, but what it actually is: shark meat that has been buried under ground to decay and rot for months, only to be dug out and then hung out to dry for another couple of weeks.

Today these greasy treats can be found in other countries, but Scotland was the place where it was invented, and is still the place where you can find deep fried mars bars in abundance.

What simply started as a fun thing between the local kids and the chip shop Stonehaven, has now become a global cultural and gastronomic phenomenon.

I have to say that it really doesn’t taste as bad as it sounds – but it is just as fatty..!

I’m sure you’ve all tried moldy cheese before, and many agree that it tastes surprisingly nice.

Well, in Sardinia they have taken fermented cheese to another level.

The larvae, which are translucent white worms about 0.3 inches long, are introduced to the cheese to bring an advanced level of fermentation to break down the cheese’s fats.

The cheese becomes very soft with liquids seeping out.

When disturbed these worms can jump up to 6 inches up in the air.

Some people clear the larvae from the cheese before eating it, while others don’t…

The Meat and Beer Sandwich – Portugal

Out of all the foods above, this one is probably the most likely to give you a heart attack.

Originally from Porto, the francesinha sandwich is a success among beer and meat lovers as it combines the “best of both worlds.”

The whole thing is covered with a thick layer of melted cheese and drenched in a hot tomato and beer sauce, served with french fries.

I guess you can imagine what that would taste like!