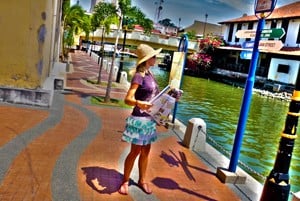 Your Sexual Health When You Travel – Holidays abroad are routine for many, and can occasionally carry with them the aura of glamour.

From sun-kissed azure beaches to vertiginous mountainous treks, traveling offers the promise of escape from the grey monotony of everyday life.

Perhaps, if fortune plays the winning card, even a little romance.

However, stepping out into the unknown also means leaving behind the casual safety that so many of us are fortunate to take for granted.

Most of us want to drift back home with a suitcase stuffed with souvenirs and a mind packed with delicious memories.

Sometimes, however, we end up heading home with much more than we bargained for.

Genital herpes and Gonorrhea are becoming increasingly common, and it’s easy to forget about the risks when you’re having fun on holiday.

Wising up on the risks, your legal rights, and local info can make the difference between a holiday to remember, and one that you’d rather forget.

This guide offers you a complete rundown of the latest data, statistics, and medical information.

What are the Major STIS?

Sexually transmitted infections can be either bacterial or viral.

Bacterial infections are caused when bacteria passes between one person and another.

Some of these are completely harmless, some of them are helpful, and others are never spoken about in polite conversation.

Examples of bacterial infections include gonorrhea, syphilis, and chlamydia.

The bad news is that these can be spread via multiple routes.

Oral sex is as likely to result in chlamydia as conventional sex, so a casual night out can easily turn into something significantly less casual.

The good news is that the majority of bacterial STIs can be successfully treated with antibiotics.

Viral infections can be much more tricky to treat

These are known as the Four H’s, and medicine currently has no cure for them.

Dealing with the Four H’s means treating symptoms rather than the cause.

From lying on a couch whilst your nether regions are squirted with liquid nitrogen to the daunting realities of infertility or fatal liver failure, each of the H’s is an unwelcome life-partner to find yourself attached to.

Whether it’s bacterial or viral, you don’t want your holiday romance to end up with a trip to a clinic.

Your Sexual Health When You Travel – What Precautions To Take

In many countries, the importance of contraception is hammered home at a young age.

In medical terms, a condom is known as the ‘barrier method’.

This means that the protective latex barrier stops bacteria, viruses, and sperm from being transferred.

At least, it is simple when your country is into contraception.

In some places, contraception is rare, frowned upon, or so expensive that you won’t find it in your local convenience store.

In some African countries, and particularly in sub-Saharan nations, contraception is not the norm.

The UN states that only 33% of people in sub-Saharan Africa have ever used condoms.

In turn, 69% of those infected with HIV live in those regions.

In other countries, trends regarding contraception vary.

This can be crucial information to have in your pocket if you’re traveling abroad.

The latest United Nations data shows that whilst condoms are used in many countries, they are only the predominant method in Korea.

Other countries rely upon methods such as the pill, intrauterine devices such as the coil, or the withdrawal method.

These may have varying degrees of success at preventing an unwanted pregnancy, but they offer no protection against STDs.

Sexual Health When You Travel Lessons

The lesson to take away from this is that when going on holiday, don’t expect your preferred method of contraception to be the norm, or even available.

There is nothing wrong with taking alternative approaches to contraception.

However, it’s worthwhile to plan in advance and take some protection with you.

What If The Worst Does Happen?

The ‘worst’ here could mean one of two things. And let’s look at each of those in turn.

Number one: you’re desperately hoping that the pregnancy test will show a single blue strip, but two lines are starting straight back up at you.

For a lucky few, this might be the start of a wonderful future with a new family.

For some, this is a moment to panic.

If you’ve had unprotected sex, you can try to avoid pregnancy using the morning after pill.

Many countries offer the Morning After Pill over the counter.

If you’re in the EU, this can cost as little as £12, and involves a short interview.

If you don’t speak the local language, be sure to find someone that you are comfortable with who can translate.

This kind of trip involves personal details galore, and there’s no guarantee of a discrete room, so be sure that you’re fully prepared to answer questions.

But birth control is not often frowned upon, and it’s worthwhile seeking advice.

You might be surprised to learn that countries such as China and Thailand are world leaders in birth control and sexual health, so expect to find experts and a sympathetic ear.

Pain during sex or when urinating?

No symptoms, but an unnerving feeling of disquiet after a one-night-stand? You’re not alone.

Up to one in five of us has sex with a new partner whilst on holiday, and an unlucky few walk away with an STD.

The only way to prevent an STD is by using a condom.

It doesn’t matter whether the encounter is a mere fumble or whether it causes the earth’s orbit to shift, prevention is better than a cure.

If the worst does happen, your healthcare practitioner will be able to help.

And if you’re overseas, that’s likely to be good news.

Taboos that exist in the UK or US are entirely absent from the rest of Europe and Asia.

The centre de dépistage are free of charge, anonymous, and a right of passage for many young people.

On the continent, maintaining sexual health is as normal as buying groceries, so you won’t see a raised eyebrow in sight.

This trend is found in most destinations, including some of the more conservative locations such as countries in the United Arab Emirates.

A quick Google search will point you in the right direction.

However, if you’re completely stuck, swallow your pride and head to the Embassy.

They’ve seen it all before, and know exactly what to do.

The good news is that most STDs are treatable or manageable.

If you’ve been unfortunate enough to contract a viral infection, you’re looking at management rather than cure.

However, most bacterial infections can be easily zapped with a course of antibiotics.

The antibiotic session takes as few as seven days, with minimal intrusion.

Diagnosis is easy, non-invasive, and the whole topic is over.

Syphilis is easy to diagnose and cure.

A single injection can be enough to battle the bacteria into submission.

If you’ve been unfortunate enough to pick up a viral infection, the journey is more difficult.

However, radical changes in diagnostic and chemical techniques have ensured that the process is as painless as possible.

With anti-retrovirus medication, people with HIV can now expect to enjoy a normal life expectancy.

Nobody heading off towards an idyllic sojourn wants to think about the dark and murky unknowns.

This is where many of the problems happen.

Preparing in advance is the best.

However, if you do find yourself on far-flung shores and in need of help, don’t panic.

You might be surprised by how much support is available Sexual Health When You Travel.

And treatments such as chlamydia treatment are almost effortless.

The damage is done to your ego, not your body.

So enjoy the jet, wherever it may take you.

But do it safely. Ideas to Surprise Your Husband