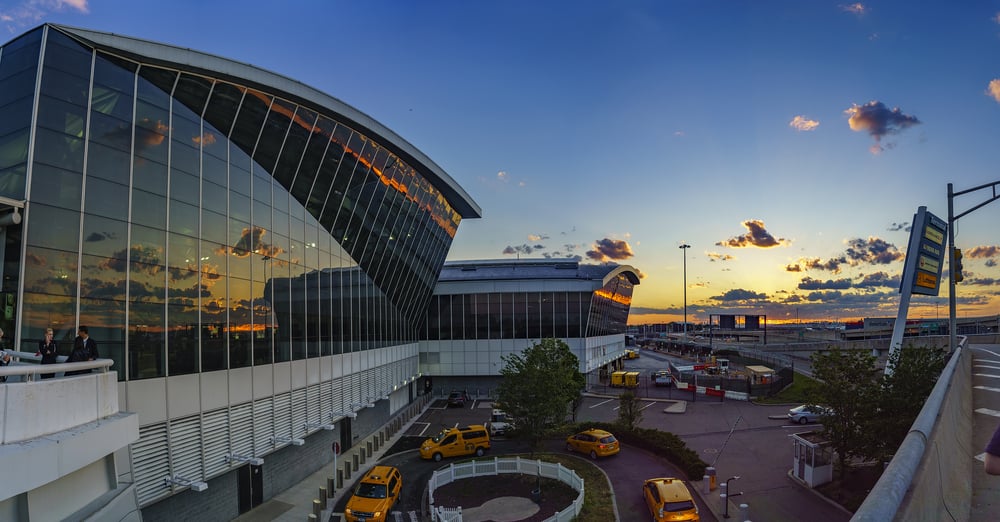 The New JFK Airport – Word on the streets is that $3.8 billion has been set aside for the expansion and renovation of terminal 4 at the John F. Kennedy Airport.

There are plans to do the same to a second terminal but the officials are taking it a step at a time.

This impending expansion and renovations programs is a necessity.

The plan is to add 500,000-square-foot of space to the existing capacity and this will translate into 16 more gates for domestic travellers.

The airport authorities are particularly interested in having Delta Airlines to operate from a single terminal (the currently use gates 2 and 4).

In an effort to modernize the airport, officials have targeted a move wrap of Delta Airlines operations at the start of 2023, which will signal the demolition of terminal 2 which has stood in place for the last 58 years.

Is it really necessary to renovate airport JFK?

The modernization of this airport has been in the pipeline for a long time and with $13-billion available to make it happen, there is no turning back.

Being one of the busiest airports in the country, it is quite a shame that it is also rated among the worst.

Apart from renovating and giving terminal 4 a new face, plans are also underway to modernize the airport’s Air Train, have the Van Wyck Expressway expanded and construction of two brand new terminals.

For passengers to enjoy their travel experience right from their departure point to the airport of arrival, it is paramount that JFK adopts a new face.

The upgrade is particularly going to benefit those who are flying into New York through the airport.

Once the project has been completed, New York’s position as the premier entry point into the united stated will be solidified.

While the fund distribution plan into the various JFK airport upgrade components has not been provided, travellers just have to wait a little bit longer for the world class travel experience it is anticipated to offer.

Whether you are boarding from or landing at JFK Airport, here is information to help you navigate the facility;

Level of activity at the airport

The New York International Airport which was constructed in 1948 was inspired by the need to create a larger facility to accommodate the ever rising number of air travellers.

The airport shares a name with former US president John F. Kennedy.

Over time this airport has metamorphosed into the travel hub it is; it has a total of 6 terminals, 127 gates and flags off more than 800 daily flights.

Although many people believe that JFK is in Manhattan, it is actually in Queens (Manhattan is too overcrowded to leave any viable space for an airport of JFK status).

If you are travelling to Manhattan from Queens, or the other way around, the best travel options you have are train and cab.

If you are at the airport at night or over the weekend, take the New York Subway or AirTran.

By any means, taking a cab is too costly you would rather just bring along your car.

If you just thought about where you will park, you are not alone.

If you park at JFK parking lot, it will cost you.

Airport parking rates are ordinarily expensive and will add on significant charges to your travel – That is why Parkos JFK airport exists; to give drivers peace of mind that comes with knowing that your car is parked at a safe location and you do not even have to pay a lot for it.

Parkos helps drivers to compare parking lots based on the types of parking services they offer, the prices and distance from the airport.

While all the locations have been vetted and verified to be safe and secure, it is important to book early to avoid any last minute inconveniences.

Parkos was created with a goal to make parking easy and whether you decide to pay on a short term or long term basis, the experience is guaranteed to be stress free.

Besides, booking early is a sure way to benefit from JFK discount parking.

Air travel regulations require that passengers are at the airport at least two hours before the flight is called to board.

This is so that airport authorities have enough time to carry out routine check-in and security procedures.

Due to the large number of travellers at the airport at any given time, it is best to allow more room for this exercise.

If you are at the airport 3 hours before boarding for instance, you will not only reduce on travel stress but you will have accorded the security team enough time to deal with long lines, luggage checking and sort of hiccups.

To avoid spending too much time on the lines, check in on the airports online portal and carry a print out of travel documents.

Are you quite early at the airport that you have a few minutes to spare?

Well, you can use this time to shop through the various shops at the terminal.

Actually, with terminal 4 bigger and better, shopping at JFK airport will take place all through the day and night.

Apart from the fast food joints and coffee shops, there are also fine dining spots and high end souvenir merchants to indulge.

Whether you are flying for work or leisure, your kids are with you or you are at the airport to pick/see off someone, WiFi is important.

You might not have had a chance to contact your hosts for the exact landing time but you can do it at the airport because there is WiFi.

Some people just like knowing what is happening locally and internationally; WiFi is the tool you require.

At JFK, there is no downtime for your devices because charging stations are conveniently positioned all around.

Charging is free and so is airport internet.