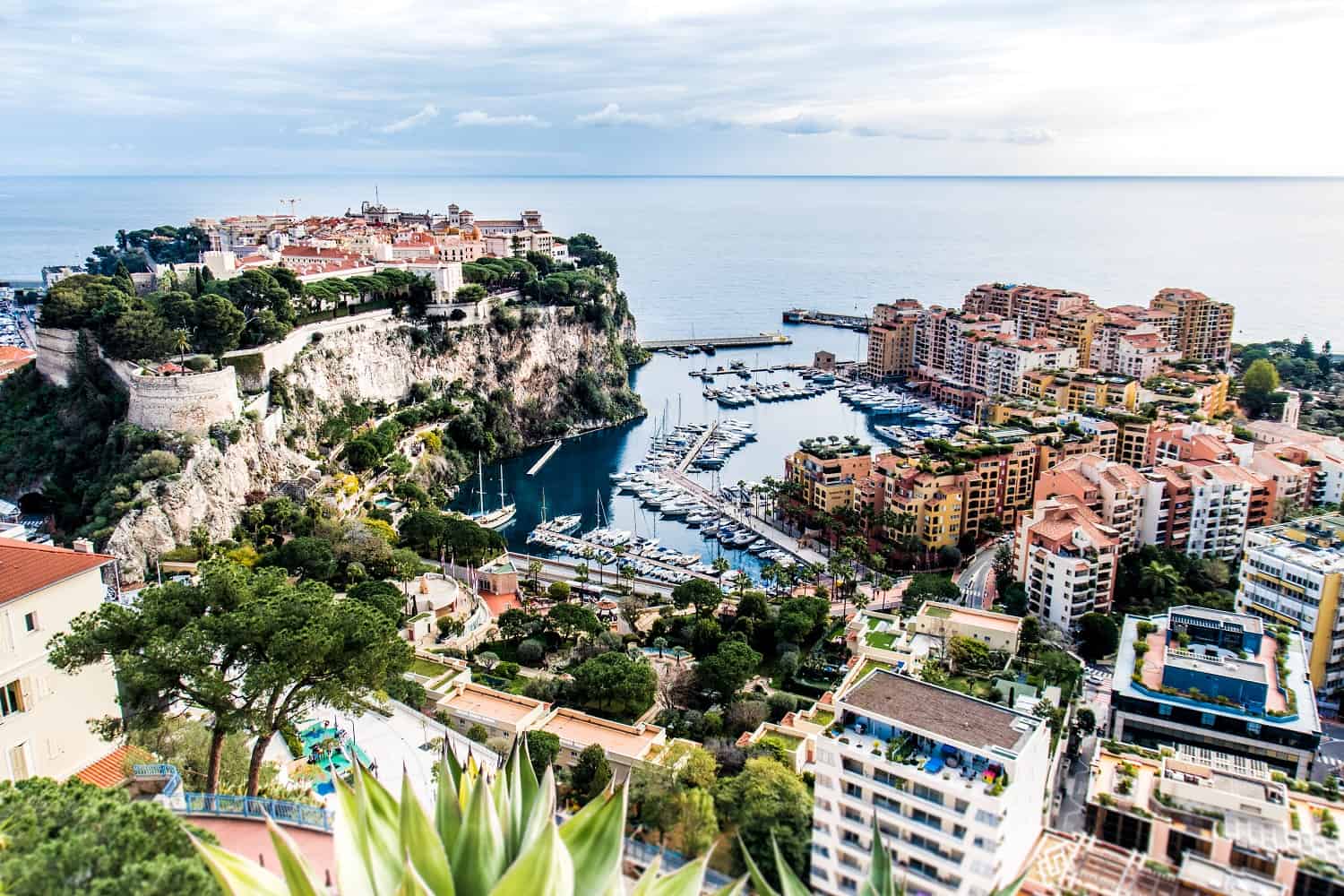 At first glance, Monaco and budget are two things that just don’t seem to go together in the same sentence – but believe it or not, it is possible and we’ll show you how to make the most of this beautiful tiny country while still on a budget…

Whether it’s a trip planned months in advance or a spur of the moment last minute break, getting to Monaco is easy and often quite cheap.

The closest airport is Cote d’Azur Airport in Nice, where you can often find some great deals as many budget airlines operate there (Jet2, EasyJet, Air Berlin, Air Baltic etc).

From there you can either take a bus or train to Monaco (the Express Transfer bus costs €30 return).

Free Things To Do In Monaco on a Budget

If you are on a budget when you visit Monaco then you will want to take part in activities that are either free or very cheap. Here are some great ideas of free things to do in Monaco.

The Rock is the name of Monaco’s old town, a small but charming quarter on top of a monolith with beautiful views overlooking the city and its harbors on both sides of the rock.

The narrow streets lined with cafes and pastel colored buildings add to the cozy atmosphere, and the gardens facing the ocean give the old town that picturesque touch.

It’s well worth walking up to The Rock in the evening to take in the breathtaking views during sunset and visit the Saint Nicholas Cathedral which is lit up beautifully at night.

Meanwhile mornings are also lovely, and at 11.55 am sharp you can watch the changing of the guards in front of the Palace.

Go to the Beach

On a hot day Monaco’s pebble beach and crystal clear turquoise water is a great place to cool down and relax under an umbrella.

The public beach is free to enjoy.

Relax in the Japanese Gardens

The lush green gardens and Koi ponds in the Japanese Garden is an oasis among the concrete jungle of high rise buildings in the city.

It’s a great place to wander around, and beautifully designed just like an authentic Japanese Garden.

Stroll along the Harbor

Monaco’s harbors are quite special, lined with one impressive three-story super yacht after the next, perfectly polished shining in the sunlight, stretching to the length of a whole house.

The enormous sailboats and yachts really brings out the essence of Monaco and its wealthy residents.

Even if you’re not interested in losing your money at a Casino, the Casino square is still worth visiting if only to marvel at the extravagant buildings, manicured gardens and shiny Lamborghinis parked outside.

At €10, the entry fee to the Monaco Casino isn’t very steep, but you still have to wear a suit jacket and tie to get in (although the Casino sometimes offers to lend you a tie).

One of the city’s top attractions is to visit the Oceanographic Museum, an exceptional marine museum where the rarest species of fish and marine life in many magnificent shapes and colors swim about in 90 pools, including the new Shark Lagoon, a giant 450 cubic meter pool.

Monaco is a small country and super-easy to get around, so we would suggest doing it on foot.

We had planned to take advantage of the cheap and extensive public transport, but found that it was never actually necessary – and even though it’s a hilly city, most stairs have escalators!!

Walking from one side of the country to the other takes under an hour, and you will want to stop along the way anyway.

However, if you prefer taking the bus, or will do a lot of “back-and-forth” traveling, you can buy a day-pass for only €5, or a one-way ticket for €2.

Where To Eat in Monaco

The cheapest area to eat and drink in Monaco is around the area surrounded by the harbor and rue Grimaldi, as well as Place d’es Armes (which also has a morning market and a supermarket with cheap food).

The Old Town also has restaurants and cafes with some good prices, although we found drinks slightly more expensive there than downtown – besides many places in the Old Town close around 6pm.

Our favorite place was “Crock’ In” (22 Rue P. Caroline), a family run cafe with friendly staff and cheap sandwiches and Paninis (from €3.50).

Hotel Columbus is one of the best value hotels in Monaco (with rooms starting from €170).

It’s located with ocean-front view in laid-back Fontveille, about a ten minute-walk from the Center of town and five minutes to supermarkets and shops.

These are just a few ways to enjoy Monaco on a Budget, what are your favorite things to do in this city?

6 thoughts on “Traveling to Monaco on a Budget: Things To Do For Cheap”