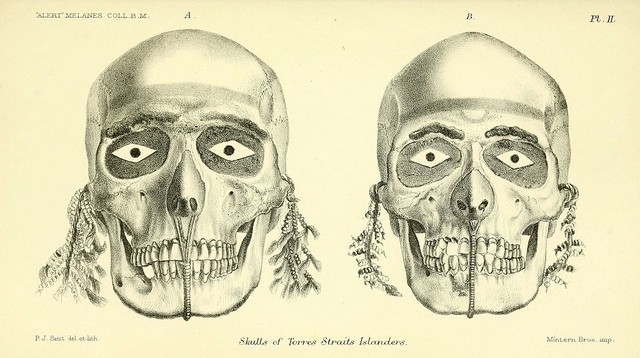 Melanesia, a group of islands north and north east of Australia (including: Fiji, Solomon Islands, Papua New Guinea and Vanuatu), is a region that puts an emphasis on what “paradise” really means.

The islands are amazingly beautiful, the history and culture is exotic and many of the people are known to be the happiest and friendliest in the world.

Melanesia is a fascinating place, and apart from the natural beauty I find it to be a very mysterious part of the world. Partly I think it’s because we don’t know all that much about this part of the world or it’s history.

There was no written language before the Europeans came instead they used words of mouth from generation to generation to educate and share stories.

Things To See and Do

Even today, long after the Europeans first arrived, there are still many communities with little to no interaction with the ‘real’ world.

They still live the same lifestyle they always have, with the same traditions, beliefs and customs.

Here are some of the most fascinating customs and traditions in Melanesia – as well as some amazing things you really need to do and see:

The Huli tribe, often known as “The Wig Men” live in the central highlands of Papua New Guinea. They are known to be the fiercest warriors in the world, but they’re also known for one of their softer traits – THEIR WIGS.

The Huli men make wigs out of their own hair, and to make a wig you not only need strong hair, but a lot of it. For the men in this tribe, the hair is the number one most important thing, and for the boys to attend “hair-school”.

To grow strong, healthy hair, the young men live together in a monastic lifestyle under the guidance of a wig master. Only after their wig is ready can they marry. They have both every day wigs as well as ceremonial wigs, and for the ceremonials they prepare for hours.

Bungee jumping was actually invented in Vanuatu. This is where AJ Hacket got his inspiration. Land diving (as they called it) is an important tradition in Vanuatu.

Young men throw themselves from shaky wooden towers in tree vines, head first straight towards the ground. It’s a passage for young men to prove their manhood.

The idea is to jump from as high up as possible, and come as close to the ground as possible (preferably touch the ground lightly with your head).

They Play Sports Without a Winner

The sport of cricket has become an important sport in Melanesia (although it is still unknown of in the remote villages and areas), but the rules have changed slightly to adapt to local attitudes.

For example in the Trobriand Islands off the coast of Papua New Guinea, cricket is a very big sport, but there is no winner..!

This I think is an amazing sign of the honest, caring and ego-less way of living done by the people in Melanesia – which is mostly suppressed and ignored in the West.

Millions of years ago jellyfish were trapped in the Palau Lake after a submerged reef rose from the sea, creating a saltwater lake.

In this lake, the jellyfish have adapted to the new conditions by losing their sting (since they didn’t need it).

During the day the jellyfish follow the sun and stay at the surface, so when you go snorkeling, you can find them all around you.

The Yasur Volcano on Tanna Island in Vanuatu, is one of the most active volcanoes in the world, it has been erupting every few minutes for the last 800 years.

Being the most accessible volcano in the world it is also known for its beautiful explosions, and is called “The Lighthouse Of The Pacific” because of the eruptions which can be seen from the sea!

A visit here can be dangerous, but you get to take some amazing travel photos!

NEW! – We just released an e-book called The Pre-Travel Guide – it’s designed as a step-by-step guide to help you improve every part of your RTW preparation – from planning, saving, where to go, health, 1st month on the road etc – Download Here.

3 thoughts on “Melanesia: Culture, People & Things To Do”