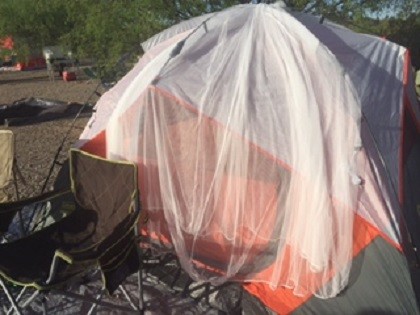 We affectionately call my son a “mosquito magnet.” My husband, daughter, and I don’t even need to wear mosquito repellent when my son is around.

Mosquitoes find him no matter what he’s wearing and no matter how much we’ve sprayed and slathered him with mosquito repellent.

The mosquitoes will find the small parts of his body that we missed.

The problem is real; mosquitoes are dangerous.

While mosquitoes are unlikely to go away anytime soon, they are a problem that can be dealt by taking some precautions. It’s important to learn why mosquitoes are a serious issue and how to protect against mosquitoes.

However, global efforts to stop the spread of mosquitoes are having little effect, and many scientists think global warming will likely increase their number and range.

Where are mosquitoes most prevalent

Mosquitoes, most prevalent in warm areas with lots of standing water, thrive in many areas.

They are mostly found in tropical areas, but can be found in any area that has some sort of standing water.

This is why they are found in so many areas throughout the world.

While they are most prevalent in the tropics, they are found in almost every location on the planet excluding Antarctica and polar and sub-polar regions.

In the United States, some of the worst cities for large populations of mosquitoes are:

There are a number of ways people can protect themselves against mosquitoes.

Insect sprays can be effective for personal use, provided that they have a DEET component.

You must cover your ankles, neck, elbows, and wrists especially. Mosquitoes have a way of finding you!

When it’s hot, it’s natural to want to wear tank tops and shorts.

Find a long sleeve shirt you can put on when it’s dusk.

Choose well, and your travel hat can work for bug protection also.

Citronella candles have long proven to be effective at warding an area against mosquitoes, allowing a group to enjoy a summer evening.

For those looking for other solutions, mosquito netting is a definite option.

The finely meshed netting prevents mosquitoes from reaching their intended prey while allowing for air circulation.

We tried one, and our mosquito net review is below.

While staying indoors at dusk and dawn is also effective, it is probably not the best long-term solution, especially for active individuals.

Ultrasonic devices may keep mosquitoes away by making it uncomfortable for the insects to be in the area as well. These haven’t been proven effective, but many consumers feel they’ve had success.

Running the air conditioner can help as mosquitoes avoid areas with moving air and cold, even though that may not be a foolproof solution.

A bug zapper can also be an effective way to deal with mosquitoes as well.

There are organic ways to keep mosquitoes away from your home like keeping standing water your of your yard and keeping the lawn maintained.

When you are outdoors for long periods, and especially when you are camping, it’s critical to protect yourself from mosquitoes.

How are cities dealing with mosquitoes

Because of their ability to spread disease, there are a number of mosquito abatement programs, including agencies throughout the world to minimize and contain the mosquito problem.

Programs involve aerial spraying, eliminating standing water, and even increasing the number of fish species that feed on mosquito larvae as well.

Some programs seek to make people proactive, and encourage adding minute amounts of bleach or oil to any source of water.

I have a big aversion to mosquitoes and fear of anything bug or spider related, I rely on a smartphone app (click here) for local help when I’m traveling.

The bleach kills the larvae while the oil makes it difficult for the larvae to obtain oxygen. There are two problems that arise when it comes to mosquito eradication

The first is that the insects adapt quickly to a wide variety of environmental problems, enhanced by their short lifespans.

They can usually adapt to almost anything within a few years as long as at least some of the mosquitoes survive, and they can find some water to breed in.

The other is that they can breed wherever they can find water, which can be anywhere from a small pond to used tire that has captured some water.

As such, they are formidable opponents for their size.