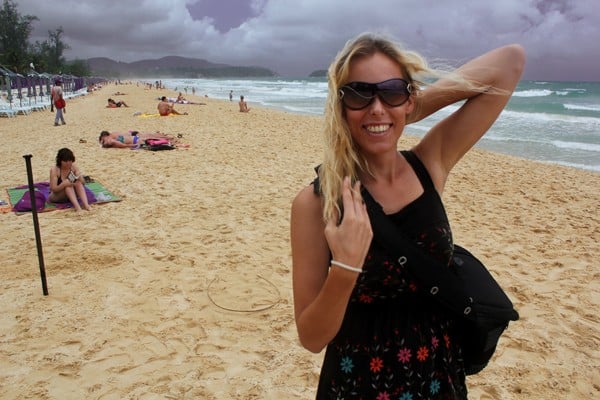 Going to Phuket – When planning a trip to beautiful Thailand, choosing which sites you’ll visit while there is just the start.

In addition to brushing up a bit on the language, you’ll need to know a little about the culture too.

To make your stay in Phuket completely enjoyable, take a few moments to go over everything you need to know to get around and interact with the locals as courteously as possible.

Tipping service men and women is customary in Phuket, and these people may be relying on it for income.

Remember that one Baht is about three cents (in USD); money can go a lot further in Thailand.

What to tip in Phuket Hotels

Leave a tip at the end of your stay if you appreciate the service – it’s not expected, but a tip of around 200 Baht for the stay is equal to their entire day’s wage (only a little over six dollars) and will be greatly appreciated.

Give bellhops 20 Baht whenever they carry your bags or show you to your room.

What to tip at Phuket restaurants

Anywhere from 10 to 15 percent of the total bill.

Nothing, but rounding up to the next even number and letting them keep the change is often very appreciated.

However, if that amounts to only one Baht, avoid tipping or tip another five Baht.

Tipping only one Baht anywhere in Thailand is akin to saying you weren’t happy with the service.

What to tip Phuket Taxi or Tuk Tuks

Depends on whether or not the taxi driver negotiates a flat fee from the start.

If they do negotiate a flat fee, they’re including a tip, so you need not pay extra.

If the taxi runs on a meter, a 20 to 50 Baht tip is customary, particularly if the service is good.

If you take a rickshaw, you don’t have to tip, particularly if the experience is unpleasant.

If the driver is nice, a 20 to 50 Baht tip can show your appreciation.

What to tip Phuket Tour guides

If a professional tour guide spends an entire day with you all over the city, a 300 to 500 Baht tip is customary (and in that case, don’t worry about tipping drivers, as the tour guide will likely do so). Best time to visit Thailand – Important Tips to Consider Before Setting Foot in Thailand

Wifi is very common throughout Thailand, and if you happen to end up in a hotel without wifi, there is probably a cafe around the corner that offers it for free.

But expect slower speed than you’re used to.

There are internet cafes here and there where you’ll find stationary computers – these tend to be pretty costly.

Some guest houses also tend to offer wifi for free, but charge a hefty sum to use their computers, so bring a laptop or tablet on your trip!

There are a few customs you will need to respect in Thailand, or you will get many strange glances your way..!

Never use your foot to point to something or someone.

Refrain from displays of public anger.

Refrain from public displays of affection with your significant other beyond holding hands.

Take off your shoes when entering someone’s home or a temple.

Stand for the national anthem before a movie plays in the cinema.

When in doubt, be patient and polite.

If you follow these tipping guidelines and general etiquette tips, your vacation will go more smoothly and you’ll have a great time, leaving you with memories for many years to come.

Although we had heard mixed reviews about Phuket Island, my sister and I decided that the luscious looking beaches far outweighed the horror stories of Ping-Pong shows and the somewhat seedier side of the place.

Life’s A Beach In Phuket

In hindsight i’m so glad that photos of the beautiful shore made such an impression, as we had an absolutely amazing holiday!

When we first arrived, both being very disorganized, we had no idea where we were going to stay but knew we would like somewhere quite quiet, away from the more touristy parts of Phuket.

After asking around we were directed to ‘Boomerang Village Resort’ in Kata and found ourselves in heaven.

The only downside is that it is situated 100 steps up a hill, which got a bit tiring after a long night out, but on the plus side it was a good way to walk off all the delicious Thai food.

Speaking of food, we found some yummy eateries in Phuket that are also well worth a mention. We particularly enjoyed the food at ‘Mom Tri’s Oasis’, which had a mix of European and Thai cuisine.

I had a tasty sea bass fillet with lemongrass and chilli, the fish was full of flavor and went really well with the Chenin Blanc (they have an excellent choice of wines).

The location was also wonderful, situated directly on the beach, you can watch the sun set on the sea, while enjoying all the scrumptious delicacies!

But be warned this is not one of the cheaper places to eat in Phuket, but worth the idyllic experience if you’re not on a budget.

After a week relaxing in Kata we decided to move to Patong to experience the busier scene.

We found a place to stay almost straight away, ‘Patong Beach Hotel’, half way between the bustling town and it’s quieter surroundings.

We had a great view of the beach from our balcony and the rooms were very clean.

The swimming pool was amazing and the buffet breakfasts catered to all tastes (they even serve curry) and kept us full until dinner!

The only downside was that they charged for Internet, which we thought was a bit cheeky considering we were already paying customers.

Yet the staff were wonderfully friendly and went out of their way to help us out if we needed anything, which was a real bonus.

All the restaurants we ate in were lovely, we particularly enjoyed eating in ‘Banana Leaf’, which is a Thai restaurant that serves the most beautiful Tom Yum Soup and also has great deserts (which can be hard to find in Thailand).

The drinks were cheap and the ambiance was very merry, especially after a few!

All in all we had an amazing time; Phuket lodging was fantastic, the food was immense and the people were friendly!

I would highly recommend visiting this beautiful island.

We ended up in Phuket during the worst possible time; a whole week of pouring rain, storms and flooding over southern Thailand, and since we had come to spend a week there before catching a flight back to Europe there was no point in leaving.

I felt sorry for all the people who had saved up money to visit Phuket for two week beach holidays and ended up with one week of rain and flooding (but as you can see in the photo below, they’re still sunbathing in the cold wind and rain!)

But by the end of the week the weather started to clear up, and we decided to spend the last few days by a beach close to the airport.

We chose Nai Yang, and went to the bus stop to catch a local bus.

When we asked for a bus to Nai Yang the bus drivers started running up and down the street yelling the destination in hope for one of the bus drivers agreeing to take us, but nobody was up for it.

The guy came back to us and said that Nai Yang was a bad idea, not because nobody wanted to take us but for ‘our own good’: ”the bus stop is 5 kilometers from the beach, too long walk”.

Instead, they told us to jump on and they would take us to Mai Khao beach, so we wouldn’t have to walk all that way.

An hour later, several detours breaking road laws and moving people’s fruit stalls from one point to another (you know how it is in Thailand), we ”arrived” in the middle of nowhere, the bus driver stopped and made a gesture to get off.

Where the h*ll were we?

All the bus driver did was to wave his hand towards a dirt road leading further away into nowhere. But before we could say anything, he was gone.

The rain started pouring down and we started walking.

This part of the phuket island looked just like the country side of Thailand, not like the tourist developed party island it’s known for; Huts held together by sheer luck, next to small gardens where they grew their own food and a buffalo walking freely on the road side – this was a world away from Patong!

10 kilometers later (how was this beach any closer to the bus stop than the other one?), the rain pouring down, and we finally saw a beach.

Most beautiful beach in Phuket

It was the most beautiful beach in Phuket: golden sand, nice clean water, and not a sole in sight.

No sun chairs, not even a sign of people having been there.

Of course, the only place within the next 8 kilometers was a luxury guesthouse charging more for one night than we could afford.

We were surprised to see how deserted this beautiful beach was, but we can imagine that this place soon will be one of the top destinations people head to for their Thailand holidays, because a 5 star Holiday Inn was already being built close by.

Giving up hope, we knew we faced the whole 10+ kilometer walk back to the main road, where we would hope for a bus to come past on one of their ”detours”.

Funny how that is, because when standing there on a dirt road in the rain, a man comes up and (apart from asking what in the world we were doing here) offers us a ride back to Phuket town – FOR FREE.

2 things when traveling to Phuket Thai

Nothing is ever for free

Being open minded and trusting people can be rewarding

You learn two things when traveling

In situations like this those two lessons contradict each other, so you simply have to go by what feels right.

That drive was one of the most memorable we had in Thailand.

Anutin was one of the most interesting people we had met in the country, and shared both his thoughts, culture and stories with an open heart.

There are quite a few things to do for those who want to experience adventure holidays in Phuket, but, as it usually happens, you don’t have to pay a lot of money to have an adventure – all you need is a very loose idea of where you’re going.

Even though we ended up where we started earlier the same day, we came back with a great memory and a new experience.

And that is, after all, what traveling is about.

One Night in Bangkok
Things To Do In Bangkok