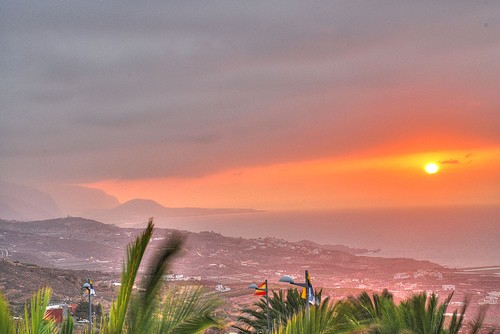 Among the Canary Islands, Lanzarote is an exciting choice.

With a moderate climate, tourists enjoy this sunny island year round.

If your travel schedule is flexible, visiting Lanzarote in spring or autumn will be less crowded.

Whenever you holiday in Lanzarote, you will be able to enjoy diverse island adventures.

How to get to Lanzarote

As if you need another reason to want to visit Spain, there’s Lanzarote. You can fly to the Lanzarote Airport (ACE) from several locations.

From the United States, it’s common to reach Lanzarote via England. Both London Luton Airport (LTN) and the Manchester Airport (MAN) have flights into Lanzarote. If you are visiting Spain, you can take a flight — about two and a half hours — from Madrid.

It’s approximately 5 km to the southwest of the port town of Arrecife, the capital. Some hotels offer private airport transfers.

Check to see if your hotel offers this service.

If it doesn’t you can pre-book your shuttle bus or taxi and save yourself time with a company such as HolidayTaxis.

Another way to get to Lanzarote is on a cruise ship. Some European cruises make a stop in Lanzarote and the Canary Islands.

Some of the most intriguing aspects of Lanzarote are its geography and topography.

The island is a UNESCO biosphere reserve with an extraordinary landscape that has a otherworldly appearance thanks to more than 300 volcanic cones.

These are punctuated by furrowed black lava fields, that are somewhat surreal, and pastoral valleys filled with palms.

Its nickname is the “Volcanic Island” and “Island of the 1,000 Volcanoes.”

Thanks to a government-led island-wide initiative, there are lots of marked trails to walk to see the best of the geographical sights, including Timanfaya National Park and the lava caves of Cueva de los Verdes.

The beaches of Lanzarote are another interesting feature of the island’s landscape.

Among them are black volcanic sand beaches as well as swathes of golden sand.

There are also miles of rocky shore, so it’s important to consider what you want to do.

There’s a beach for every type of holidaymaker.

A sheltered and beautiful place, often called the most beautiful beach in Lanzarote, Papagayo is a crescent of fine, white sand sheltered by cliffs in a nature reserve. It’s ideal for a day of sunbathing.

Lovers of water sports will enjoy Famura. Backed by pink cliffs, it is popular with surfers, wind surfers, kite boarders, and hang gliders.

If you have young children in your holiday party, Playa Quemada, with its safe swimming, won’t disappoint.

It’s sheltered from the wind and abuts a quaint fishing village.

The resorts on the island are all built around beaches, including some Blue Flag beaches like Playa Blanca.

There are places to snorkel and dive as well as enjoy banana boat rides, jet skis, sailing, and pedalos.

Blue Flag beaches are certified by the Foundation for Environmental Education.

Others in Lanzarote include Matagorda, Del Reducto and Los Pocillos.

Things to see and do on Lanzarote

Cesar Manrique was an architect and artist who left an amazing impact on the island.

Essentially, he shaped modern day Lanzarote, managing to achieve a pleasing balance between ecology and development.

Today his former studio is a museum dedicated to his life and works.

Especially beautiful in August and September when many plants are in bloom, the Cactus Garden in Guatiza is home to 1,000 cacti.

One of the attractions created by Manrique, the cacti from all over the world are planted in grey volcanic ash in an amphitheatre-shaped quarry, overlooked by a restored windmill.

In addition to driving your own car, there are many ways to explore this national park.

These options require a fee but are a great way to experience and learn more about this area.

There is are guided walking tours — which also includes driving in a 4-wheel drive vehicle.

In this tour you will get to see the world’s largest volcanic bomb, a rock blown from the volcano.

You will learn about and see three volcanoes: La Rilla, Montana Colorada, and Volcan del Cuervo.

You can choose the bus tour which is ideal for families and those who may be able to walk distances.

This is a full-day tour in which you will explore Lanzarote.

The tour includes time at the Timanfaya National Park.

You will see the northern and southern parts of the island, including Green Lake.

Tour guides will also take you to the area of the Islet of Hilario.

Whether you book the half day or full day, you will experience a lot on this tour, both in the national park and doing things surrounding the area.

In the park, your guide will direct you to the volcanoes.

Along the way, you’ll appreciate the sculptures formed naturally by molten lava.

You’ll be able to see demonstrations of geothermic wonders.

Other activities include time in La Geria winemaking region and an optional camel ride.

Another interesting Lanzarote holiday activity is the zoo.

Kids and adults will delight in seeing the reptiles, mammals, and birds.

Rancho Texas Animal Park has bird and sea lion shows, a dolphinarium, cowboy lasso displays, a Gold Mine, pony rides, canoe rides, a splash zone with pools for everyone in the family, and themed Western nights.

The volcanic land is excellent for growing grapes.

Bodegas El Grifo has been producing wine since 1775 and offers winery tours and tastings. It’s the oldest winery in the area.

Make time to stop at the Wine Bar.

The Museo del Vino — wine museum — is also something to explore.

A small city, but there’s plenty to see and do for a day or more in Arrecife.

It’s quite charming to take a stroll along the front at El Charco de San Gines.

It’s known as the ‘Venice of the Atlantic’ – an old part of Arrecife Marina, a lagoon lined by fishermen’s cottages, bars and restaurants.

There’s the Castillo de San Jose which used to guard the harbour from pirates and now houses the island’s Museum of Contemporary Art.

The Old Town is typically Spanish, especially the 7th-century San Ginés Church, which has a bell tower and a Mudéjar-style ceiling.

Islands make for easy, relaxing vacations. With its unique position, you will find much to do on Lanzarote.

The geological features will astound you as you soak up the sunny days and amazing views.