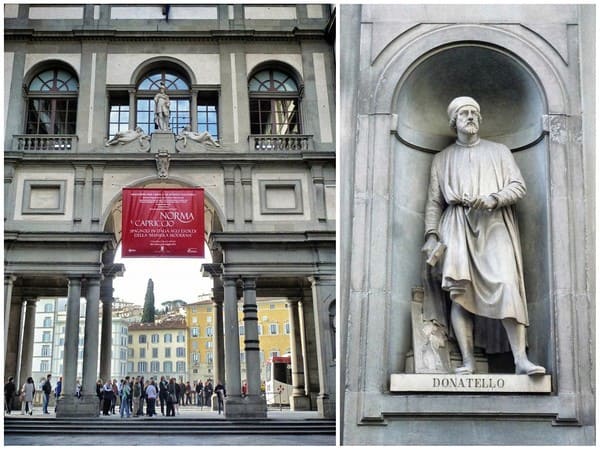 Famous People From Florence is more than just a beautiful Italian city.

Over the years, it has been the birthplace of many very important people in history, from Donatello to Catherine de Medici.

There are many famous people from Florence.

Although there are probably as many notable people who have hailed from this city as there are places to stay in Florence, let’s take a look at five you will certainly recognize.

Throughout the world, people recognize Florence as the birthplace of Renaissance.

It was the home of many famous Renaissance artists such as Donatello and Michelangelo.

Both were incredibly skilled artists, and both are famous for their “David” statues.

One of his most famous works is “David,” a bronze statue commissioned for the court of the Palazzo Medici.

It was the very first free-standing nude sculpture made since ancient times and it was like no other work at the time.

Michelangelo is another important Renaissance artist associated with Florence.

He too created a “David” statue, which is perhaps even more famous than that of Donatello.

The statue is meant to be a representation in marble of the perfect male form.

Where to find Michelangelo Statues in Florence

Although the real statues of David are in Museo Nazionale del Bargello and Galleria dell’Accademia, you can see a replica of Michelangelo’s David at Piazza della Signoria.

Born in Florence in 1940, Roberto Cavalli is a fashion designer.

People know him for creating the “sand-blasted” style of lighter-colored denim jeans, which is now a standard style for many denim makers.

He began his career in 1965 when he was only in his 20’s, creating hand-painted T-shirts.

He went on to become one of the most well-known Italian fashion designers.

Elton John is a huge fan and is said to spend hours in the store picking out clothes.

Cavalli’s designs are synonymous with rock-and-roll, and they utilize a lot of leather, color, silk, feathers and much more.

Where to find Caffe Giacosa:

Next to his shop is Caffe Giacosa, a great cafe which Cavalli actually owns (and designed of course!).

It has a great atmosphere and delicious food and coffee.

Daughter to Lorenzo ll de Medici, Catherine was a French/Italian noble woman born in Florence in 1519.

She would eventually take the throne as the Queen of France after marrying King Henry II when she was only 14.

Henry’s death thrust her into the political arena.

This left her as regent on behalf of her 10-year-old son, King Charles IX.

She also played a key role in the reign of her third son, Henry III.

Although she is thought to be unforgivably ruthless, she is considered by many historians to be the most powerful woman in 16th century Europe.

The Uffizi Gallery (one of the most famous museums in the world) was once a palace of the Medici family full of art treasures.

Today visitors can view the art collected by the family and others at the museum.

Another among the famous people from Florence is Botticelli.

Born in Florence, circa 1445, he went on to become an Italian painter during the Early Renaissance.

He studied at the Florentine school under the esteemed patronage of the famous Lorenzo de Medici during what would later be considered the “Golden Age.”

His best known works are “The Birth of Venus” and “Primavera” (also known as the “Allegory of Spring”).

Primavera is one of the most controversial paintings in the world. People have written about it extensively.

Both paintings hang at the Uffizi Gallery in Florence.

These are just five examples of famous people from Florence, Italy, but there are many more.

This city just seems to have something special and inspiring.

When you visit Florence, you will see it for yourself.