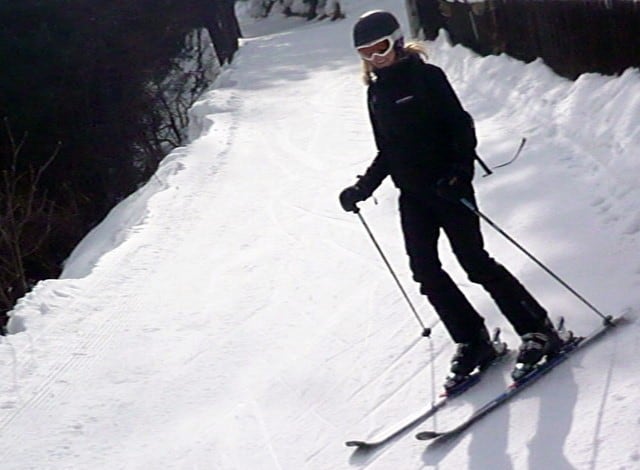 Colmar France – This year we have been traveling around Europe very slowly and even more randomly. We stay in a country for a month or more, and make up our next step on a whim, often just days before our rent runs out and we need to pack up and leave. The first week in a new place always tends to go very slowly, and you feel like you have lots of time to plan your next step. But then time speeds up and one day you suddenly find yourself stressing about finding a new place to stay. These late decisions have often resulted in us not getting to stay in the places we wanted the most, but they have also brought us to some very unexpected places: like Colmar – we didn’t even know that this place existed until about a week before we arrived …

Colmar is a small town in Alsace region in eastern France, close to the German border. With wonky half-timbered houses in the colors of the rainbow lining the streets of the maze-like town, you feel like you’ve stepped into a storybook about Hansel and Gretel. Pretzels hang from the window sills of sausage and jam shops next to French wine cellars with locally produced wine.

Colmar is one of the most popular towns along the Alsace Wine Route, which is a must for any wine connoisseur (or wannabes like myself), as Alsace has some of the best white wines in France. The local wine is delicious, cheap and you can find it everywhere. The Wine Route is a road trippers dream, simply because it has it all; spectacular landscape dotted with castles and forts perched on the hilltops in the region, small winding roads perfect for cruising, roadside wineries to stock up on local wine bottles and cozy little villages to explore and stop for lunch in. Driving is the best way to really make the most of the wine route, as it isn’t possible to reach many of the villages by bus. Don’t worry though, you can easily rent a car from Colmar, and look into getting car hire excess insurance instead of the insurance they offer at the desk as the car rental companies’ own insurances tend to be much more expensive.

My French is embarrassingly bad, but I try my best. It turned out that in Colmar, my French didn’t matter – because they always replied in German anyway. A Swede and a French person in France talking to each other in German – now that’s a scenario I never would have imagined..! In other words, it’s not at all what I had expected to find in France of all places! You see an interesting German-French mix everywhere; from restaurants serving a blend of German and French cuisine, bilingual signs and the radio alternating between French ballads and Bavarian beer songs. But these little culture mixes are not actually that surprising considering the fact that Colmar has belonged to Germany twice (1871 – 1918 and 1940-1945). Historically, the Germans considered the mountains as the natural border between the countries, while the French thought the Rhine River was – the Alsace region was right in between, and who doesn’t want this breathtaking region with its fertile vineyards and adorable villages to belong to them?

With vineyards on rolling hills that stretch into the horizon, small medieval villages scattered in the region and castles and forts perched on top of small mountains, the French Alsace is among the world’s most picturesque wine regions.

When I first arrived in Alsace I couldn’t believe my eyes – the scenery and towns were the kind I didn’t think existed anymore; pastel colored half-timbered houses line the sides of cobblestone alleys with basement restaurants serving wine from the surrounding vineyards.

It’s like a storybook, only difference is that it’s actually real, and authentic. Unlike many places in the world that have become open-air museums, the towns of Alsace are real and alive.

During WWII many towns and cities in Europe were burned to the ground, and historic beauty was rarely a good enough excuse for a town to be spared. Colmar, however, was an exception, and the American and British military were careful not to bomb the quaint cobbled town – while other villages in the Alsace region were destroyed, many are still intact and lovingly cared for to continue preserving its medieval beauty. Today, Colmar is thriving, and the surrounding villages continue with their wine business as they have for hundreds of years already. Time really does seem to stand still in this part of the world.

The quiet atmosphere and pastel colored houses with overflowing flower boxes by every window make these little villages the perfect places to sit down and enjoy a glass of wine, harvested literally from around the corner. Two very picturesque villages that are located close to the larger Alsatian town Colmar are Eguisheim and Riquewihr, but there are dozens more to choose from.

I’ve always been a red wine kind of girl, but since I was in the white wine capital of France I knew I should at least try some, and turned out loving the Riesling and Gewürztraminer, they were spicy and refreshing. They do make one red wine though, Pinot Noir, which I highly recommend tasting!

The easiest way to get around is by car, but there is a bus going from Colmar to Riquewihr a few times per day so it is possible if you do some planning in advance (the ride takes 30 min, €6 return).

Alsace’s unique culture mix is one you won’t be able to find anywhere else in the world, and I highly recommend you take some time when traveling in France (or Germany for that matter!) to check out the quaint Alsace region.

10 thoughts on “Colmar France | Best Things to Do”