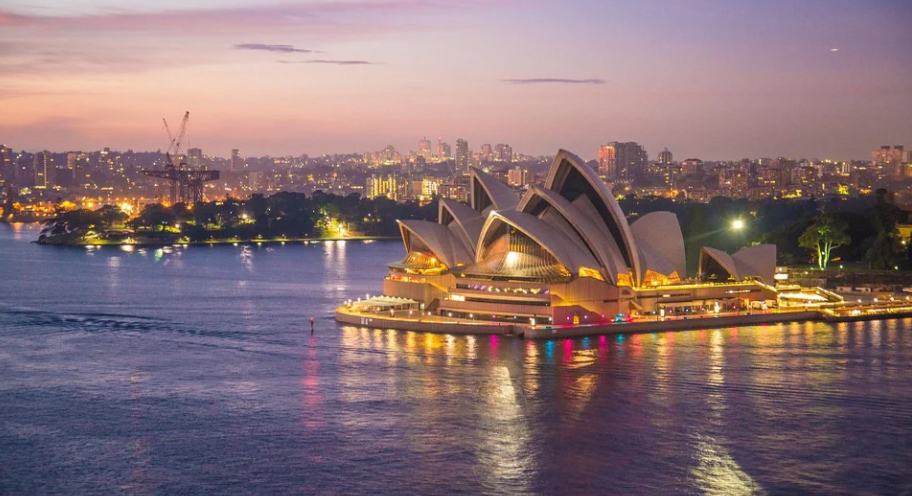 Best Time to Visit Australia – We don’t need to tell you that there’s a lot to see and do in Australia. From the coast, to the outback, to one of the country’s major urban centres. We’ll help you plan an Australian vacation you won’t forget.

With many areas sporting pleasant weather year-round, the “best” time to visit Australia might just be the time that lines up with your schedule. That being said, there’s a definite “high” and “low” season for tourism, which we’ll examine next:

Although Australia has a wide range of vacation destinations, the most popular time to visit Australia is during summertime, which occurs from December-February (keep in mind Australia is in the Southern Hemisphere). However, summertime also features crowded tourist locales, and scorching temperatures in certain parts of the country.

However, we think the best time to visit Australia is during the shoulder seasons of spring and fall (Sept-Nov and March-May respectively). These seasons offer warm temperatures, lesser crowds at tourist hotspots, and more affordable accommodations.

If you’re planning to visit one of Australia’s temperate regions, you can expect warm summers and moderate winters, with consistent precipitation throughout. We’ll use Sydney as an example, as its roughly halfway up the southeast coast. In Sydney, summertime highs are around 80F, with lows around 65F. Spring and fall have highs around 70-75F, with lows around 55-60F. Winters are cooler, with highs around 60-65F, and lows around 45-50F.

Once again, expect temperatures to shift as you travel throughout Australia. But if you’re headed toward one of the temperate zones on either coast, then you can expect a climate that is relatively consistent to Sydney’s.

Top Things to Do in Australia

Now that we’ve covered when to visit Australia, let’s cover what to do while there! As such a large landmass, an Australian vacation can be intimidating. So much to do, so little time. Here are some of our favorite spots to visit: 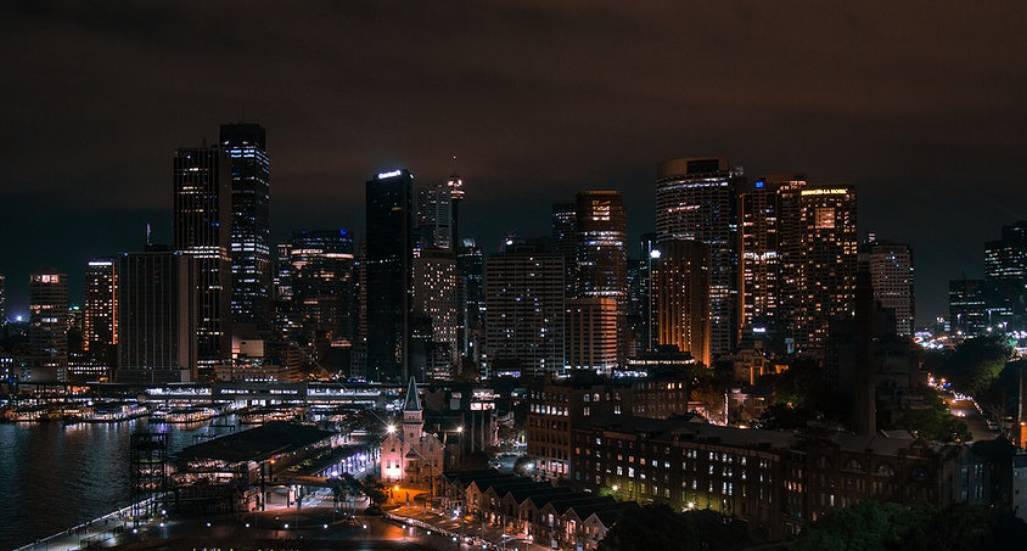 Of course, as Australia’s most populous city, and a top tourist destination, Sydney had to make the list. Definitely showcasing the “urban” side of Australia, Sydney is packed with history and culture. From the iconic Sydney Opera House overlooking the city’s famous harbor, to one of the city’s many lively neighborhoods, full of places to eat, drink, and shop. Being right on the ocean, Sydney is home to many beaches and fabulous coastline, and elements of laid-back beach life blend with the fast-paced nature of city life.

With its major airport, Sydney is a great first stop on your Australian adventure. 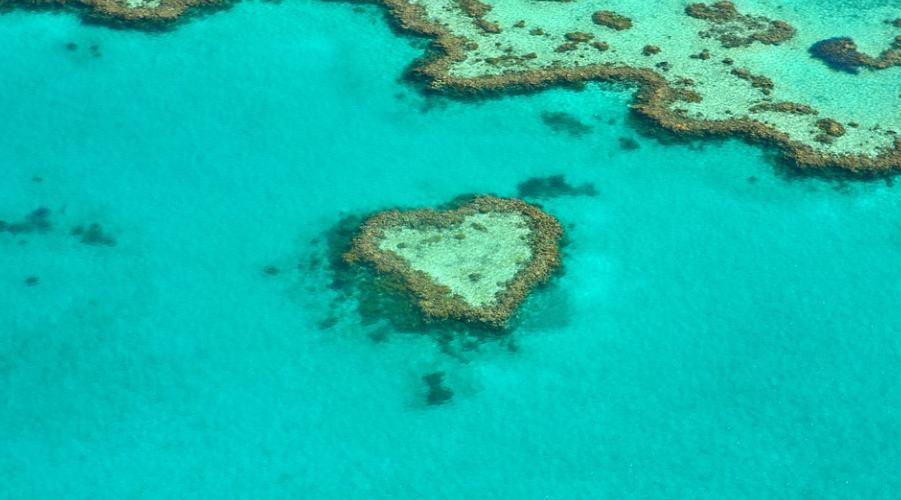 The Great Barrier Reef is the world’s biggest coral reef system, stretching for over 1400 miles off the coast of Queensland, Australia. It’s actually comprised of nearly 3000 individual reefs and 900 islands. It’s one of the top aquatic sites in the world, and a major reason that tourists flock to Queensland.

Being so massive, there are many ways to see the Great Barrier Reef, be it by snorkelling, scuba-diving, boating, and more. Most visitors to the reef stay in Cairns, a tropical city in northern Queensland, which offers plenty of tours and excursions to the Reef, not to mention plenty to do in the city itself. 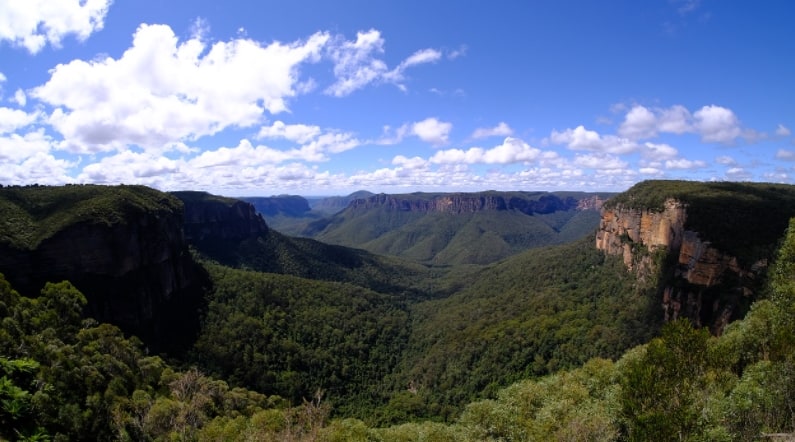 Blue Mountains National Park is a popular natural attraction, largely due to its proximity to Sydney (under 100 km west of the city). But the region has a lot to offer on its own, and it’s full of fascinating natural attractions to explore. The “Blue Mountains” name derives from the blue mist that is often seen enveloping the mountains, giving them an outerworldly look. At over 650,000 acres, the region has varied terrain including mountains, gorges, valleys, and more. Many popular hiking trails range in difficulty, offering something for beginner hikers to advanced climbers.

Be sure to check out the Three Sisters, the famous triple sandstone rock formations above Jamison Valley. A view of the Sisters is accompanied by a massive, gaping view of the valley itself. The Three Sisters are accessible via a short hike from Katoomba, one of the main cities in the Blue Mountains. 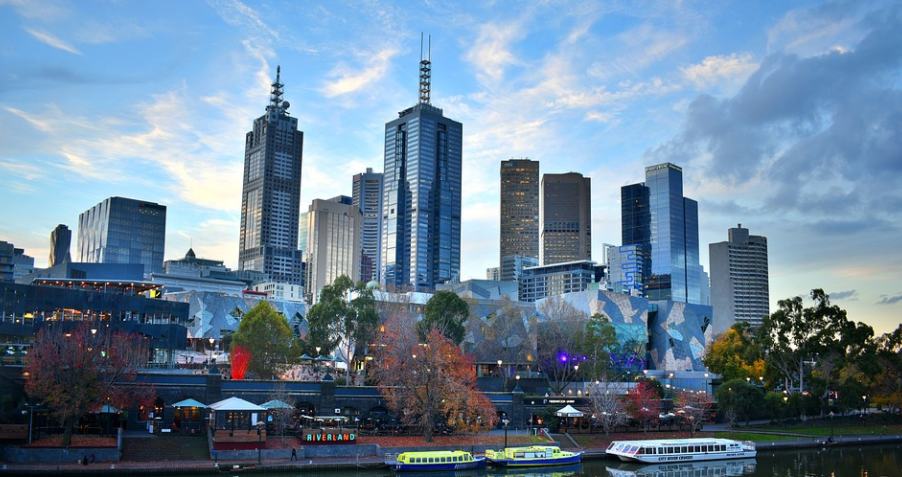 Melbourne is Australia’s second-largest city, and equally popular with tourists the world over. Melbourne is a cultural hub in Australia, with many festivals, events, and activities taking place year-round. Home to too many cultural attractions to name, with museums, historic architecture, art galleries, and so on. Melbourne is a very green city, with many parks, trails, and expertly maintained gardens cutting into its urban space. Built along the edges of Port Phillip, there’s plenty of waterfront to explore.

Melbourne is equal parts young and old. You can find a variety of up-and-coming bars, restaurants, and shops, with an equal selection of time-tested favorites. Don’t miss Melbourne on your Australian vacation, although you might need more than one trip to truly take it all in. 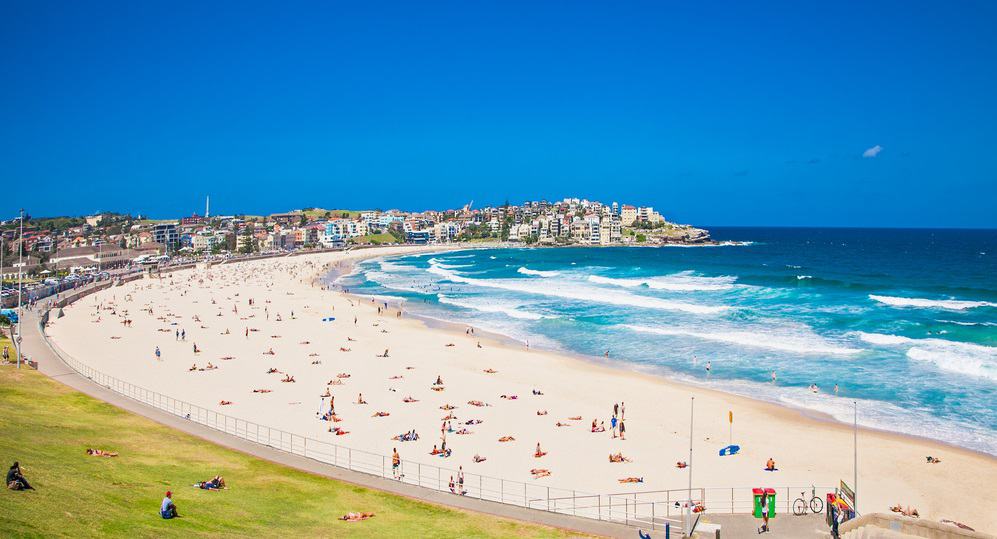 Maybe Australia’s most famous beach? Although we imagine that Australians would have a heated debate about that one. Either way, this sandy beach just outside Sydney attracts plenty of tourist traffic, and it’s well worth checking out while there. It also reinforces our point that the best time to visit Australia is during one of the country’s shoulder seasons, since the beach is quite crowded during summer.

If you want a taste of the beach life in Australia, this is it. Tourists and locals sunbathe, swim, and surf. Just be sure you know which areas are “swim friendly”, because certain spots of Bondi have strong undertow. Along the beach you’ll find plenty of spots to eat, drink, and chill. 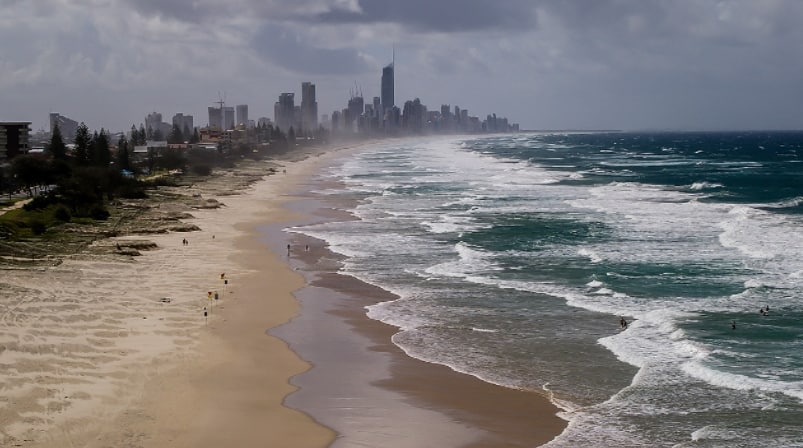 One of Australia’s most famous coastal regions is the Gold Coast. This area in southeast Queensland is characterized by sandy beaches that follow the shoreline for miles and miles, with high-rises and development just off-shore. It’s a surfer’s paradise, with perfect breaks and miles of open water. The Gold Coach seamlessly blends the laid-back beach lifestyle with the hustle of an urban environment, which is why so many have chosen to live here.

Visit the Gold Coast if you want perfect surf, lots of sun, or you just want to lounge on the beach. The urban centre has all the comforts of home, with restaurants, shops, museums, and much more. 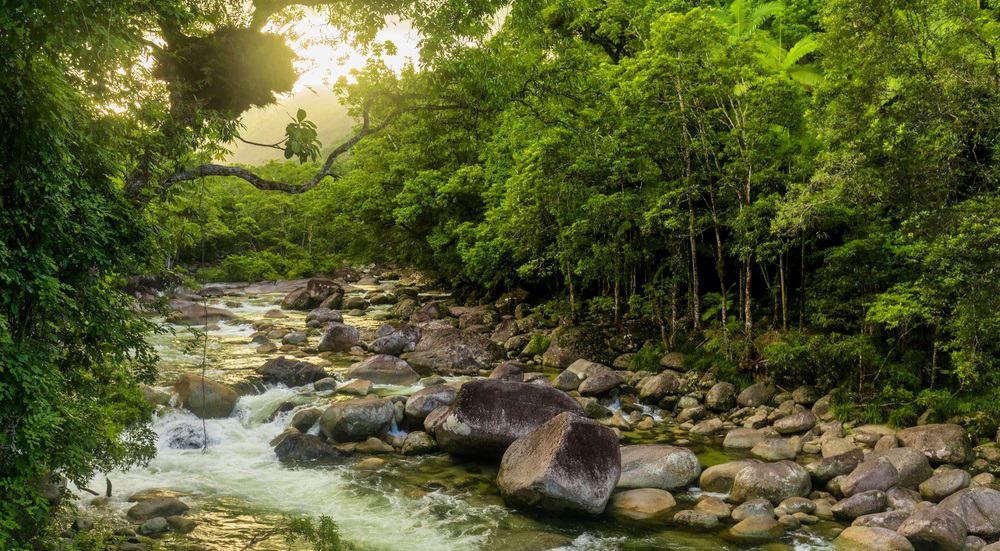 Daintree National Park is a great way to get a taste of the lush, tropical jungles that populate Australia’s northern regions. In Daintree, you’ll find dense, green rainforests, mountainous terrains, and many beaches along the coast.

Daintree is situated north of Cairns, about an hour’s drive away. It makes for a great day-trip, or you can even visit for some overnight camping. You’ll find plenty of options to explore, with marked trails, guided tours, river cruises, and more. You’ll see diverse vegetation and a wide array of wildlife.

Ulura-Kata Tjuta National Park is located deep in Australia’s interior, and is one of the most tourist-frequented spots in the Australian outback. That being said, it’s popular for a reason, which is primarily the Uluru rock, a massive formation of red sandstone that juts out of the Earth, standing alone in the middle of the desert. It’s worth a visit not only for Uluru, but also to get a sense of the drastic differences between Australia’s coastal regions and its interior. Wide open desert land, with plenty of trails for hiking, or guided tours via vehicle or camel.

Australia Day – Australia Day takes place January 26th, and is Australia’s National Day of Celebration. Taking place in the heat of Australian summer, you’ll find celebrations anywhere you go in Australia. Cities and towns will run official events, but you’re just as likely to find the party on the beach, on the streets, in a friend’s backyard, or in any bar. If you’re lucky enough to be in Australia for Australia Day, you’re headed for a good time.

Vivid Sydney – Vivid Sydney is an annual event taking place in May to June of each year. The city’s landmarks, businesses, and buildings come together to “light up” the city, with fabulous light shows and displays. The entire harbor lights up and is truly a sight to behold. Throughout the month, you’ll find plenty of complementary events, performances, and celebrations throughout Sydney.

When to visit Australia

Thanks for reading our comprehensive guide to your next Australian vacation. There’s so much to see and do across Australia’s massive landmass that planning your trip becomes all the more important. Even though you probably won’t see it all in one go, it’s hard to make a wrong choice! Use our guide to plan your ultimate trip.

How much time do I need in Australia?

That really, really depends. You could quite easily spend months in Australia and not run out of things to do and see. If you’re going to a short period, we recommend the southeastern coast stretching between Victoria and New South Wales, which is home to much of Australia’s major cities and tourist attractions (Sydney, Melbourne, Gold Coast, etc.). A road-trip up the coast is a good way to see Australia in a shorter period.

When is dry season in Australia?

Australia features unique climate zones across its massive land mass. As such, there is no clear “dry season” that is consistent across Australia. In its Northern tropical region, it does have a dry season which stretches from May to October. In the temperate regions (where most of Australians live), precipitation is more consistent year-round.