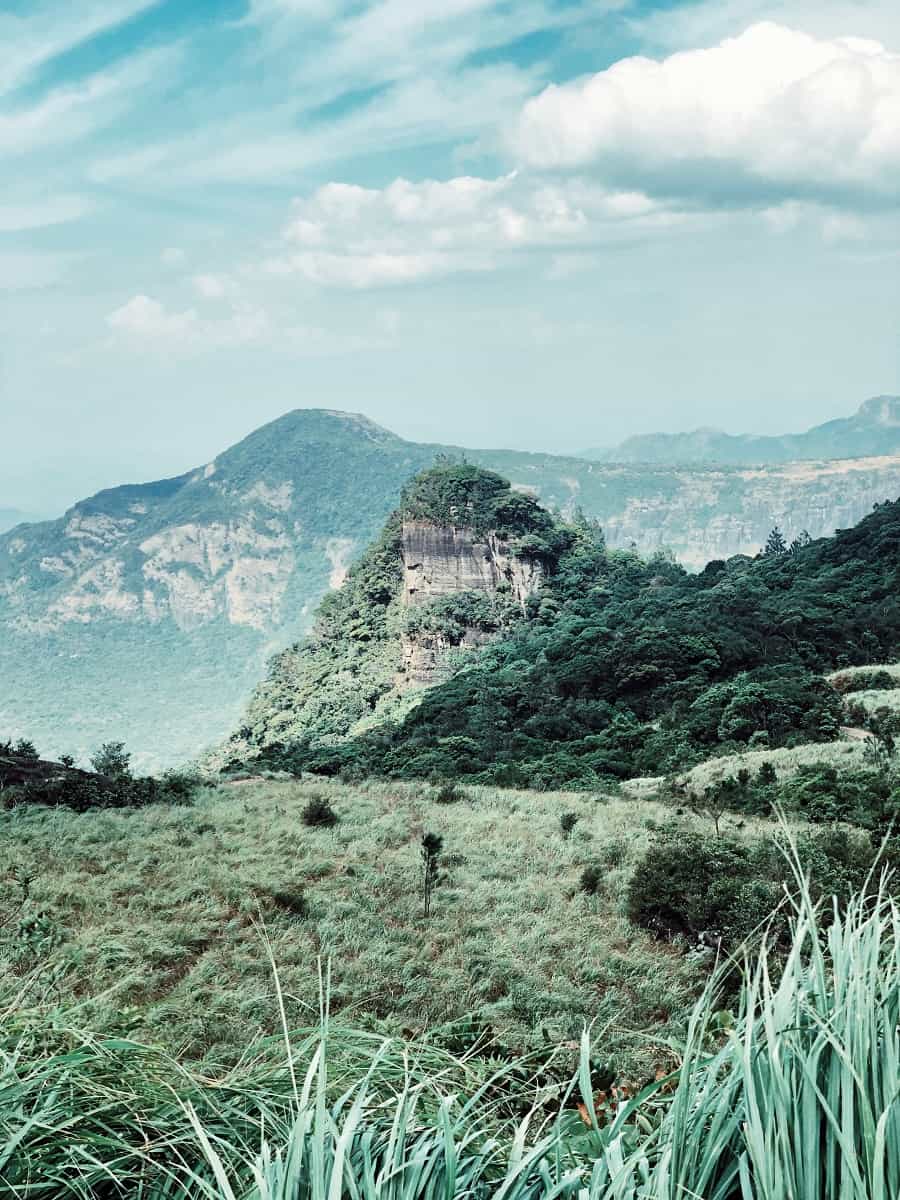 Archaeological Excursions – The Colombo to Matale bus time will be most enjoyable due to the incredible views surrounding the area.

As you get closer to Matale, you will begin to see the district’s Knuckles mountain range boasted to be the national heritage because of the biodiversity as well as the characteristics that it possesses.

In the eastern section, Laggala is known for its three mountain ranges sit parallel to one another, not to mention the ‘Small World’s End’ which is situated in Pitawala and offers an amazing view straight down into the valley beneath it.

There are several mountain peaks that provide historical significance to Matale’s northern flatlands including Dambulla, Sigiriya, and Beliyakand.

All beautiful sights for the adventurous traveler.

There are the attractions of both historical and natural variety throughout Matale like Dambulla Cave Temple, Sri MuthumariAmman Kovil, Aluvihare Kawatayamuna Temple, St. Anthony’s Church, Ibbanktuwa Megalithic Tombs, Wasgamuwa National Park, and so much more available for tourists to get a feel for the island’s culture.

Dambulla is a part of Matale’s Cultural Triangle and houses the Dambulla Cave Temple which has been deemed a site of UNESCO World Heritage.

These caves have been traced back before the first century BCE. King Walagamba originally used this as a refuge but the caves later transformed into the temple.

It is home to a 15 meter in length lounging Buddha as well as Hindu deities along with gorgeous frescoes.

Sculpture and Sinhala art are found among the treasures stored within the caves.

There are five caves underneath a massive overhanging rock that has a drip ledge carved out in order to keep the insides dry.

Arched walkways were made in 1938.

This waterfall is situated at the Eastern end of Knuckles forest reserve and is a magnificent 32 feet tall.

It is boasted as the widest waterfall among all within Sri Lanka.

The unique feature for this waterfall is a rock cave that is located directly behind it which gives travelers an awesome view of the falls looking inside out.

There were steps created within the rocky side to get to the cave so that tourists are able to enter even when the falls are at their fullest which is typical during Monsoon season falling usually between the months of November and March.

‘Sera’ was derived from the type of fish that inhabit the water.

The Matale district not only attracts tourists due to its archaeological, cultural, and traditional destinations which bring local and foreign interest, the climatic consideration is also a reason for the draw.

Someone who is visiting the area has the chance to experience both the dry and the cool climate when going from the Southern to the Northern sections of Matale, which makes for a comfortable trip.

Though, you’ll want to remember when packing for the Colombo to Matale bus time to be sure to bring a jacket for the cool temperatures as most of a Matale vacation will be spent outdoors.