It’s no secret that the UK has some of the most beautiful landscape, and together with its long history and charming culture it’s an amazing country to explore.

The best way to make the most of your time is to explore the country by car, as you simply can’t reach and experience many of the best gems by train or bus – and many drives are worth the trip alone for vacation in the UK

When planning your travel schedule, you want to maximize your time there. Find what is most interesting to you, depending on how long you have on holiday in the UK. England Travel Guide

It may seem overwhelming to decide between visiting England, Wales, Scotland or Northern Ireland. Maybe you will be lucky enough to have time to visit all the countries in the UK.

Once you narrow it down, you get to decide what to do in each country. Learn about infamous sites as well as out of the way places.

Get a real feel for areas in the UK, including topics such as where to go if you have one day in Liverpool; fun ways to enjoy Wales; the best beach towns in the UK; child-friendly things to do in London; exploring Scotland, and much more. 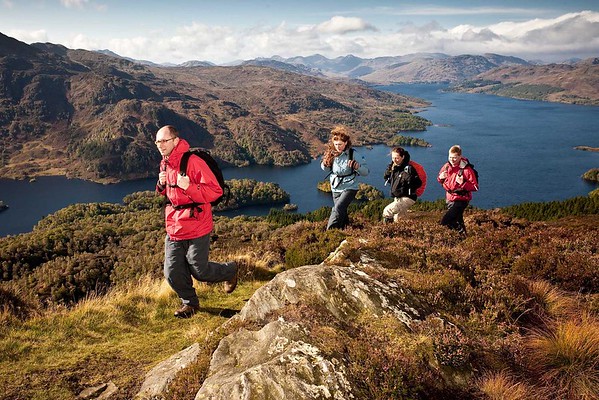 Named one of the world’s most beautiful drives by National Geographic, Cornwall has everything it takes for a scenic drive; rugged coastline, whitewashed seaside villages, lush green countryside and Celtic ruins.

The long and winding road along the north Cornwall coast known as the “Atlantic Highway” is a must, where you drive through some of the country’s most dramatic coastline.

Bedruthan Steps, Constantine Bay (B276) and the lighthouse at Trevose Head are three of the highlights along the way.

Scotland is beautiful at any time of the year, but I found autumn to be absolutely spectacular.

The landscape almost looks like it’s on fire in a hundred shades of gold, and early autumn (such as September) are also some of the drier times of the year in this otherwise very wet area, so I highly recommend going there then!

The drive from Loch Lomond to Glencoe is especially beautiful! Keep in mind however that many of the roads in the Highlands are curvy and tricky and not for the hesitant driver.

You can use “Carole Nash routes to ride page” to find popular routes and the levels of difficulty for each route (as well as where to find petrol stops).

Lake District is one of the most popular destinations in the UK, and was the inspiration to many of the country’s best known romantic poets such as Coleridge and Wordsworth.

The Lake District has to be one of my most favorite places in the UK.

The lakes are surrounded with beautiful green fell land, a spectacular array of Flora and Fauna and with an air of tranquility that could calm even the most stressed of soles.

It’s easy to see why it’s been labelled as an area of outstanding natural beauty and receives hundreds of thousands of tourists each year.

For a truly scenic and memorable drive, take the circular route which begins in Kendal (on the A5284) and passes through Ambleside, Keswick and Windermere, taking in the variety of lakes to be found in the area.

The 30-mile stretch (A591) between Kendal and Keswick is one of the most beautiful drives in the district, as it’s the only road that runs through the heart of the National Park, passing meadows, peaks, the famous Grasmere and five lakes.

The drive from Penrith to Haydon Bridge (A686) has been named one of the best drives in the world by AA Magazine, thanks to its wild nature and scenic views from the Hartside Top Cafe (on a clear day you can see as far as Scotland).

With an estimated 22 million visitors per year, the Peak District is said to be the second most visited national park in the world, after Mt Fuji.

Even those who have never been there are very familiar with the beautiful landscape if they’ve ever seen the movies Jane Eyre or Pride and Prejudice, which were filmed there.

This area is full of history and charming British culture, with lots of picturesque village and spectacular landscapes.

Arguably one of the most stunning drives to be found in the UK, a short but beautiful 5 mile stretch running through the Black Mountain Range and giving drivers elevated views of the surrounding countryside.

The Breacon Beacons National Park in its own right is well worth a visit if you want to experience some of the UK’s best scenery. At its highest, the road reaches 1,617 feet above sea level and there are of plenty of places to stop for some truly spectacular photos.

The Snowdonia National Park contains some of Wales’ most spectacular scenery and many picturesque villages can be found whilst you wind your way through the area on its scenic roads.

The mountains of Snowdonia provide a majestic backdrop to the coastal scenery – an area that has been shaped by the activity of humans over countless millennia, it is classed as a semi-natural wilderness that over time, has become steeped in legend and myth.

The Snowdonia National Park was created in 1951 with the sole aim of identifying ways to preserve and promote the wild beauty of the area and weave the context and the threads of the lives of people who have lived there, with the myths and legends that have been passed down through the ages.

Any visit to the area can be enhanced by some knowledge of the myths and legends, tales of mortals and immortals, giants and goblins and other fables passed down through the mists of time.

King Arthur is perhaps the best known legendary figure associated with the area.

There is a stone on the bank of Lake Barfog near Betws y Coed that is said to bear the footprint of Arthur’s horse Llamaraii that was made during a notable event when Arthur and his horse dragged a monster from the depths of the lake.

Other lakes that are linked to the Arthurian legend are those of Llydaw, Dinas and Ogwen. All of them at one time or another have been thought of as prime candidates for the location of the magical sword Excalibur.

If you ever find yourself at the summit of Mount Snowdon you might ponder the fact that King Arthur has been there before you when he fought a battle to the death with the giant Rhitta; a fearsome warrior who used the beards of his enemies to make a giant cape for himself.

Arthur killed the giant at the summit of the mountain and had his men bury the corpse under a cairn of huge stones.

A search for Merlin might take you to Bardsey Island off the coast of the Llyn peninsula. A place that many people think could be the mystic land of Avalon.

The magician Merlin, a key figure in Arthurian legend is thought to be buried there in a glass coffin.

At the Southern end of Snowdonia stands the iconic mountain of Cadair Idris.

It has three peaks; Llyn y Gadair (Head of the Chair), Cyfrwy (the Saddle) and Mynydd Moel (the Bare Mountain).

Legend has it that this is the seat of Idris the giant.

There are three large stones at the base of the mountain that Idris is supposed to have kicked down the mountain when he got angry.

Legend has it that the lakes surrounding the mountain are bottomless and locals say that it is haunted and that anyone spending the night there will end up going mad or … becoming a poet.

This is a very sad legend based around Nant Gwyrtheyrn where it is said that cousins Rhys Maredudd and Meinir Maredudd fell in love and were due to be wed at Clynogg Church.

During their courtship their favorite meeting place was under an old oak tree in the valley between the farms they were each brought up on.

In those days the bride had to hide from the groom’s friends until once found she gets escorted to church by them. After searching and searching they never found Meinir and so went on to the church expecting her to be there but she was not.

She had obviously found a very good hiding place. In the event, she never did turn up to church and wasn’t found. A distraught Rhys took to walking the countryside with his dog Cidwm.

One night a storm broke when he was out looking for Meinir and he took shelter beneath the old oak that used to be their favorite meeting place.

A huge bolt of lightning hit the tree and split it in two to reveal the skeleton of Meinir still in her wedding dress. Rhys was so shocked he dropped dead. His faithful dog Cidwym lay down beside his body, went to sleep never to rise again.

If you are considering heading for Snowdonia, these are just a few of the places you might like to visit to get a feel of this amazing area that has inspired not only these legends but many more besides.

To experience the best North Wales has to offer, why not start your journey at Conwy Castle on the coast and make your way through the winding A & B roads, passing through Snowdonia (why not stop to take the Welsh Mountain Railway to the summit of Mount Snowdon), the beautiful village of Betws-y-Coed and travelling on to the spectacular tourist village of Portmeirion (once used as the film set for The Prisoner).

The second greatest natural wonder in the UK, Cheddar Gorge is a spectacular cleft in the landscape caused by melt water flooding during the last ice-age.

The scenery is quite literally other worldly as you drive on the B3135 that passes through the gorge.

Also home to a spectacular cave system and visitor center (definitely one to bring the kids along for), it’s well worth a drive through the gorge to take in the 27 cliffs, steep green slopes and variety of wildlife to be found there.

Hitting The Road In The UK: The Perfect Road Trip Vacation

12 thoughts on “Best Scenic Drives in the UK”