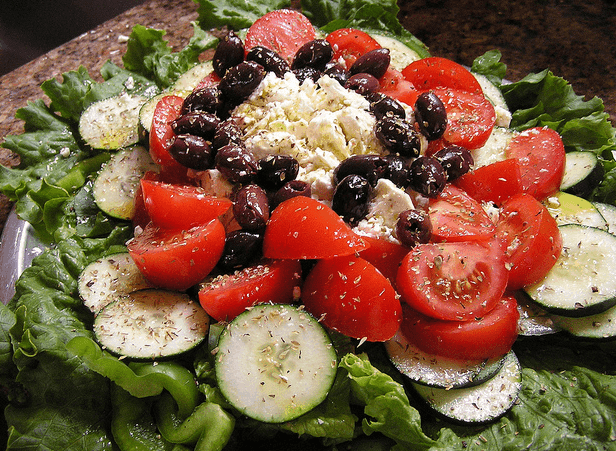 European Cities To Visit If You Love Food is a big part of travel – it’s a great way of understanding the culture, people and their traditions.

European Cities To Visit below are worth visiting for more reasons than just the food, BUT what makes them different is that food alone is a good enough reason to visit – enjoy!

European Cities To Visit If You Love Food!

The only downside of visiting Thessaloniki will be your increasing waistline! 😛

Try the bougatsa, a breakfast pastry famous for this city, filled with Greek custard or cheese.

Thessaloniki’s specialty however, is Greek Mezethes.

These assorted plates of Greek tidbits are so good you would think they were made up by the Greek gods.

They are found everywhere, and are always served at parties in Greece.

This culinary custom derives from the ancient Greeks, who believed that no guest should be welcomed and no drinks should be served without a nibble.

Get your mezethes in an Ouzeri downtown, and wash it down with a glass of the famous Ouzo.

London is the perfect place for the food lover to go if you don’t have time to travel to all the countries in the world just to try their food – it can all be found here in London.

London is the most culturally diverse city I have ever been to, walking the streets you will encounter people from all corners of the world, and when it comes to food, it’s in fact easier finding Chinese, French, Italian, Indian – pretty much any type of food, than it is to find British cuisine.

But then of course there is always the good old fish n chip places around the corners, which should not be forgotten during a visit to London.

Indian food in particular, has a good reputation in London.

Some even say that they have had better curries in London than they have in India!

You probably thought I would include some city in Italy, didn’t you?

Italian food is great, but I’m not a big fan of pasta, and believe it or not, but the best pizza in Europe is not found in Italy, but in Romania and Sweden.

It’s true, you HAVE to try the pizzas in these two countries, they’re crazy good!

Brussels, on the other hand, has three things that you simply won’t find better anywhere else than in Brussels.

This is the city for everyone with a sweet tooth.

Belgian chocolate is so delicious your knees will tremble a little when you have your first bite of a praline, and you can get these chocolate orgasms whenever you want, the streets have more chocolate shops than anything else!

Belgian waffles are like no other waffles, freshly made the crunchy waffles are topped with whipped cream, strawberries, kiwi fruit and melted chocolate.

I mean, can it get better than this?

Buy yourself a paper cone of these frites, and you will never mistake Belgian frites for french fries again!

It would almost be a crime not to include this place in the list – French cuisine is perhaps the number one cuisine which has spread to all corners of the world.

Although their rather odd food habits like eating snails and frog legs hasn’t really caught on with the rest of the world, their scrumptious baguettes and croissants are now on everyone’s breakfast plates.

Walking down the streets of France you realize just how important food is for the French people.

In the afternoon every second person you see walking down the street carries two baguettes in their hands, one to munch on while they’re walking home, and another one for dinner!

I can see why so many decide to simply stay in one of the Paris apartments, unbuckle their belts and dive into the jungle of French food, not leaving until they have tried every single thing worth trying.

Traditional French Food You Must Try

Although there are many delicious delicacies to try in France (not to mention the wines) there are a few distinctive traditional french dishes which are so “French” that you really shouldn’t leave France without tasting them!

This is my most favorite  French Cookbook by Miss Julia Childs

This is in essence goose liver pate, the texture is soft and creamy and although it can look unappetizing the taste is divine.

Foie Gras is incorporated into several dishes it can be pan-seared, roasted or it can be eaten on its own or with toasted French bread.

During the Christmas season you’ll find it on a lot of menus and it is generally considered a gourmet-type delicacy often served with truffles.

The most well known traditional French food has to be the baguette, many imagine Frenchmen cycling along wearing a beret and with a baguette in the bicycle basket!

Well you may just see this image on a trip to France.

Try buying a freshly baked baguette and pairing it with good French cheese and wine – simple and delicious.

French bread can be eaten as a simple meal or accompanying any meal to soak up the gravy and wipe your plate clean.

Apart from the French baguette there are other types of French bread that should be tried and of course the delicious pastries like the French croissant.

Although some may turn their noses up at this uniquely French treat escargot or snails are delicious.

Served as an appetizer, the mollusks are often part of a gourmet menu.

They are usually taken out of the shell to be cooked with garlic and butter then returned to the shell with generous amounts of butter and garlic and served to the diner.

The diners are given special tongs to grip the shells while digging out the snails with a small fork.

Just like the wine, every region of France has its own famous cheese.

Cheese is a standard part of most traditional French food.

A cheese platter can be served as a final dish of a multi-course meal or as a small meal in itself.

The range of French cheeses is vast with about 400 unique kinds including Brie de Meaux, Roquefort, Camembert, Comte and Chevre.

When in France either order a cheese platter in a restaurant or visit the local fromagerie to select a few samples.

The local markets are also a great place to try French cheeses.

The taste can be compared to salty chicken with the consistency of white fish. They are usually prepared with salt, pepper and lemon juice then crumbed and fried in olive oil.

If you try frog’s legs “a la Parisienne” they’ll be served with an onion cream sauce.

The legs are quite healthy and are high protein and low fat!

Where To Shop in Paris

There has never been a better time to book cheap flights to Paris, especially if you’re looking to combine fantastic shopping with a touch of celebrity spotting.  the Alps – an amazing family destination

Actor Ben Affleck was spotted in the city in mid-October, promoting his latest movie.

While there he managed to squeeze in some retail therapy with his wife, Jennifer Garner, stocking up on designer fashions at Chanel and Dior before visiting the upmarket Bonpoint department store for haute couture kids clothes.

As the designer capital of the world, Paris is perfect for a weekend shopping break.

Those with money to burn head for the Louvre-Tuileries district and the designer stores of Rue Saint-Honoré, Place Vendome and Rue Faubourg Saint-Honoré.

European Cities To Visit and Shops to Choose From

More top designers line the Avenue Montaigne and Avenue des Champs-Elysées, including the Chanel and Dior stores favoured by Ben and Jennifer.

The area is also home to a number of upmarket chain stores such as Zara.

Further east, but still on the sophisticated Right Bank, lies the historic district of Le Marais.

Dating back to the 13th century, the aristocratic heart of the city offers a totally unique shopping experience.

European Cities To Visit is the Place des Vosges for antiques and artworks, or the trendy Rue de Charonne for hand-crafted leather goods and knitwear.

The boutiques of Rue des Rosiers and Rue des Francs-Bourgeois showcase the next generation of young French designers, while wallpaper, ceramics and other housewares can be found on the Rue de Poitou.

The chic Boulevard Beaumarchais is home to gleaming new boutiques and concept stores, while the Rue Vieille du Temple offers a host of places to eat and drink.

Between the Rue Vieille du Temple and the Avenue des Champs-Elysées lies Les Halles, which was once the city’s marketplace.

Today, it is a huge underground shopping mall, which together with the above-ground Rue de Rivoli houses numerous major chain stores.

Saint-Ouen, to the north, is where you’ll find the largest of the famous Parisian flea markets, while prestigious Art Nouveau department stores like Galeries Lafayette and Printemps can be found on Boulevard Haussmann, 3 km to the west.

So far, we’ve only mentioned the stores of the Right Bank, but cross the river and you will find the Bohemian shops and cafes of Saint-Germain-des-Prés, a newly-opened Christian Lacroix and even a Bon Marche department store.

Turkish cuisine has had a huge influence on all Balkan countries, and there is a reason to that – it’s simply irresistible!

While you won’t find much good food in typical tourist beach cities like Marmaris and Alanya, Istanbul has it all; Mezes, Pide, Dolmas, Kisir, Baklava – the list goes on.

But best of all is perhaps to sit down at a small cafe in one of the backstreets, order a cup of Turkish coffee and a plate of traditional turkish delights.

The only difficulty would be to avoid the tourist traps which serve boring food at very high prices.

Doy Doy is a place I would recommend, they serve great, filling food with a load of extra bread for cheap prices.

Which European Cities To Visit would YOU add to this list?

Candice stumbles upon a Pub in France which claims to serve 600 different beers from around the world – how can she decide which one is best… beer tasting time? :p

43 thoughts on “European Cities To Visit If You Love Food”