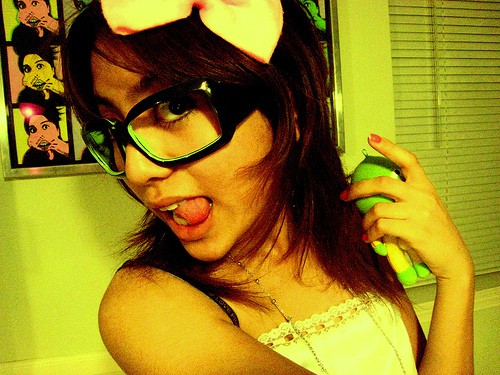 People You Don’t Want To Travel – I’ve traveled with quite a few different types of people, both friends, family and boyfriends. Some have been awesome, and some have been really terrible.

Although I had an overall good time with them, I’ve often returned home promising myself never to do it again.

It’s nobody’s fault, but for some reason we just didn’t get along well together, especially not when traveling.

It’s also something I realize now afterward that I should have known before we went traveling together.

There are some traits that make traveling together really difficult, so before you go, make sure your travel buddy isn’t any of these…

This is the most important trait to watch out for.

If your travel buddy seems a little insecure at home, that effect will more than double when you travel.

This is often the reason to most arguments, and can result in all sorts of ways.

If you’re both of the same sex, he/she can get jealous of how you’re treated by others, especially those of the opposite sex.

It can also result in the other person trying to get attention all the time by making a fool out of himself, or drinking way too much.

Often, controlling behavior and manipulation comes down to insecurity.

Don’t travel with Opposite of Yourself

Two different personalities can complement each other, but they can’t be too different.

Make sure you know what the other person wants out of the trip.

If you want to drink and party all night long, and the other wants to get up early and lay by the beach the whole day, or going for some treks and exploring – you’re going to get sick of each other the first day!

Always make sure you’re on the same path, and are expecting the same things.

Another typical example is spender vs saver.

If you want to stay with a strict budget and your friend wants to splurge out on money, you’ll spend most your time arguing.

There is nothing more embarrassing than traveling with someone who shows no respect to people, both locals and other travelers.

Sometimes, it’s hard to notice this trait before you travel together.

Traveling with a person who is arrogant is also very unpredictable.

If she/he gets angry or upset, they might all the sudden just walk off and be gone for a whole day.

Traveling with someone who is short tempered is exhausting.

You don’t want to tip toe your way around the world worrying if the other person all the sudden will have an out burst.

We can all be a little naive at times at a new place, but too much of it will get you into constant trouble.

You don’t want to be a full time baby sitter, making sure your friend doesn’t get “free drinks” from a dodgy stranger or think that a kiss on the lips after a toast is an “Irish tradition”…

You want the person you travel with to be a little experienced, if he/she is not only inexperienced but also naive, you’ll end up with all responsibility and pull all the weight alone.

This can get very tiring and frustrating, and you’ll wish you just did it alone.

How did it go?

What are some types you wouldn’t want to travel with?

Flying (at least economy class), is not normally comfortable, you’re placed among a large bunch of strangers for many long hours, whether you like it or not – and you can’t get away from them.

Here are some typical types of passengers that you will want to do everything to AVOID sitting next to:

For me, this is by far the worst one. I cannot stand bored kids yelling, whining and constantly kicking the back of my seat on a 12 hour flight.

It’s not really the kids fault, what bothers me is that the parents don’t tell them to stop kicking…

Pray to god that the person next to you hasn’t eaten an egg sandwich, spicy cheese balls or…cabbage… before boarding the flight.

Trying to get some shut eye at 2 am with two chatty girl friends next to you – is simply impossible.

I’ve found these people being most frequent on charter flights.

They start partying already half an hour in the air, and the more drinks they order the louder they talk.

Whether they’re trying to calm their nerves or just can’t wait to get started spending all the saved up money for the holiday drinks, it’s not the most enjoyable people to sit next to.

The constant and everlasting war over the ONE arm rest, and then you end up squashed between two seats with no arm rest to rest on – again!

Once you finally get a piece of it, you can’t take your arm OFF in fear of losing it again.

Flying is a little nerve-wrecking for many of us, but fingers crossed that you don’t have to sit next to the fingernail biting, knee shaking passenger who keeps asking the flight attendants questions every time they walk by.

What are some types of people you can’t stand flying next to?